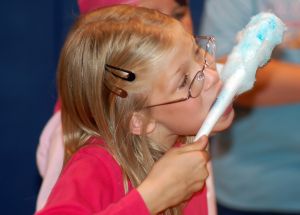 Beyond Medication and Therapy

Important research on dietary sensitivities and symptoms of attention deficit/hyperactivity disorder (ADHD) conducted over the past three decades was recently summarized in an article in the Clinical Pediatrics Journal. While the most common and effective treatments for ADHD are psychostimulant medications (such as Ritalin) and behavior therapy, the available medications are only effective in approximately 70% of children. Therefore, many parents and clinicians are still searching for alternative treatments for the 30% of children who do not respond to the traditional interventions, as well as for those who wish to avoid experiencing the potential side effects often caused by medication. Alternative treatments pertaining to diet focus on addressing one debatable environmental factor: hypersensitivity (or intolerance to certain food additives).

The following include some of the most common and researched diets that are proposed by scientists and medical experts as alternative treatments to ADHD symptoms.

Although Dr. Feingold estimated that 30 to 70% of the treated hyperactive children showed improvement of symptoms, subsequent controlled studies have failed to support the effectiveness of the diet to the extent claimed (Millichap & Yee, 2012). In fact, Stevens et al. (2011), after a meta-analysis of the last 35 years of research, conclude that only a small proportion of hyperactive children (11-30%) respond to the K-P diet as evidenced by their improved functioning at home and in school.

Supporters of a diet free of artificial food color (AFC) suggest that ingestion of AFCs may result in significant changes in behavior. The most common AFCs studied for their effects in behavior include sunset yellow, quinoline yellow, tartazine, carmoisine, allura red and ponceau red. Following a literature review of extensive research on the effects of AFC, Stevens et al. (2011) conclude that although AFCs cannot be accounted as the main cause of ADHD, accrued evidence suggests that a subgroup of children with suspected sensitivities to AFC showed significant symptom improvement when following an AFC-free diet. Moreover, of these children suspected to have sensitivity to AFC, 65-89% reacted when administered at least 100mg of AFC.

Previously known as oligoantigenic diets, elimination diets are based upon the negative effects that some natural foods could have in children’s behavior. An elimination diet focuses on eliminating sensitizing food allergens like those often found in foods labeled as allergenic. Some of these foods include cow’s milk, cheese, wheat cereals, egg, chocolate, and nuts. Supporters of this diet encourage consumption of hypoallergenic foods, such as lamb, potatoes, tapioca, carrots, peas, and pears. Supporters often reference data published in scientific research suggesting that elimination diets can result in significant statistical decreases in symptoms of ADHD in up to 62% of children (Millichap & Yee, 2012). However, it is important to note that many of these studies also eliminated AFCs from the children’s diet, given that many children seem to show a food “cosensitivity.” In other words, in addition to being sensitive to AFCs, they are also sensitive to allergenic foods (Stevens et al., 2011). While some data might seem compelling, the role of elimination diets in the treatment for ADHD remains uncertain particularly when evaluating the possibility of maintained long-term improvements.

An upcoming post will continue the discussion of alternative diet therapies to address symptoms of ADHD.