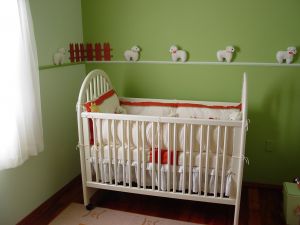 The Center for Disease Control and Prevention (CDC) in 2012 reports that 11.8% of women ages 15 to 44 present with fertility problems and about 7.3 million of the same population have undergone some type of fertility treatment during their lifetime. These numbers show a rise in the use of assisted reproductive technologies (ARTs) such as in vitro fertilization (IVF). Reproductive medicine has made astonishing advances in the last few years, and we now have a better understanding of infertility and medical interventions by which it can be treated. Nonetheless, the idea of whether psychological status–in this case, personality traits–affects chances of conception remains controversial. If substantial evidence has been found for showing personality traits to relate to diverse areas of physical health and disease, it almost seems natural to question the relationship between personality traits and infertility (Bleil, Pasch, Gregorich, Millstein, Katz & Adler, 2012).

IVF Success/Failure and the Woman’s Optimism/Pessimism

A recent article in The Journal of Psychosomatic Medicine (2012) dealt with fertility treatment response and its relationship to being optimistic or pessimistic. Authors studied the prospective relation between dispositional traits of optimism/pessimism (the degree to which an individual expects to experience positive versus negative outcomes in life) and the outcome of a woman’s first IVF treatment cycle among couples seeking medical intervention for infertility.  Precisely, they looked at the rates of IVF success and failure. Success was defined as a live birth or pregnancy being recorded by the end of the 18-month study; failure was indicated by an inability to complete the IVF cycle, to conceive, or to carry a pregnancy by the end of the 18-month study.

Findings on Optimism and Pessimism

This study’s findings suggest that:

·         Unipolar optimism: When it is measured as a separate unipolar dimension, optimism is unrelated to IVF treatment outcome.

Researchers report that although definitive recommendations for interventions based on these findings would be precipitated, it can be suggested that cognitive behavioral therapy (CBT) may be beneficial. CBT-oriented psychological interventions such as meaning-making and coping skills training may help to address the female’s negative or pessimistic thinking patterns. Much research is still warranted on this matter, but these preliminary data further stress the critical connection between mind and body.

What are your thoughts on the issue of infertility? What other personality traits or dispositions, if any, can you think of that might have implications in the case of couples who have found conception difficult?