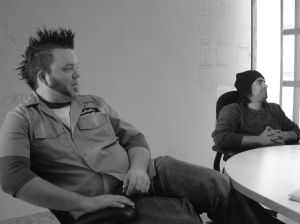 Much research exists supporting the use of Dialectical Behavior Therapy (DBT) in the treatment of Borderline Personality Disorder (BPD) on an outpatient basis. However, there remains a gap in research surrounding inpatient treatment programs to address the high populations of people with BPD diagnoses who often find themselves admitted for suicidal or self-injurious behaviors. BPD is characterized by challenged emotion regulation, impulsivity, challenged interpersonal relationships, and an incredibly fragile personal identity. The inner turmoil experienced by this population often results in maladaptive behavioral expressions (self-injury) and/or suicidal ideations. As such, individuals with BPD have extremely high rates of inpatient hospitalization. According to Widiger and Weissman (1991), 72% of patients with BPD will be hospitalized at least once as a result of these behaviors. In comparison to other psychiatric illnesses, BPD patients are four times as likely to be hospitalized as patients with diagnoses of Major Depressive Disorder (Bender, Skodal, & Pagano, 2006).

While inpatient psychiatric stays are important for some patients, they pose several obstacles for others, including high costs, stigma, and withdrawal from personal and professional commitments and responsibilities. Therefore, it is important to determine useful and effective treatment strategies that can be utilized in patients who are chronically admitted for suicidal and injurious behaviors. Though outpatient DBT therapy may be the optimal modality for treatment, high dropout rates coupled with recurrent hospitalizations suggest the need for an alternative approach for patients who struggle to comply with and/or benefit from outpatient treatment schedules.

Bloom, Woodward, Susmaras, & Patalone (2012) indicate that while there is no consensus on the best treatment for BPD in inpatient settings, the success of DBT in outpatient settings suggests it might be effective in reducing symptoms on an inpatient team basis. Standard outpatient DBT treatment consists of a year-long commitment to weekly individual therapy sessions, weekly group skills-based sessions, and ‘as-needed’ telephone consultations with a therapist. To work in an inpatient setting, the sessions would need to be adapted to the space and resources of the facility, and the length of time may vary. Bloom et al. (2012) conducted a literature review on inpatient settings and the use of adaptations of DBT to treat characteristics associated with BPD. The results of their data suggest that the adapted versions of DBT implemented by clinicians in inpatient wards did serve to reduce symptoms related to BPD, including but not limited to self-injurious and suicidal ideations and behavior. However, the researchers are careful to note that their findings are preliminary and require further inquiry to be substantiated. Bloom et al. (2012) encourage clinicians and researchers to conduct follow-up research to better understand effective inpatient treatments for BPD to meet the need that corresponds to such high rates of hospitalization.