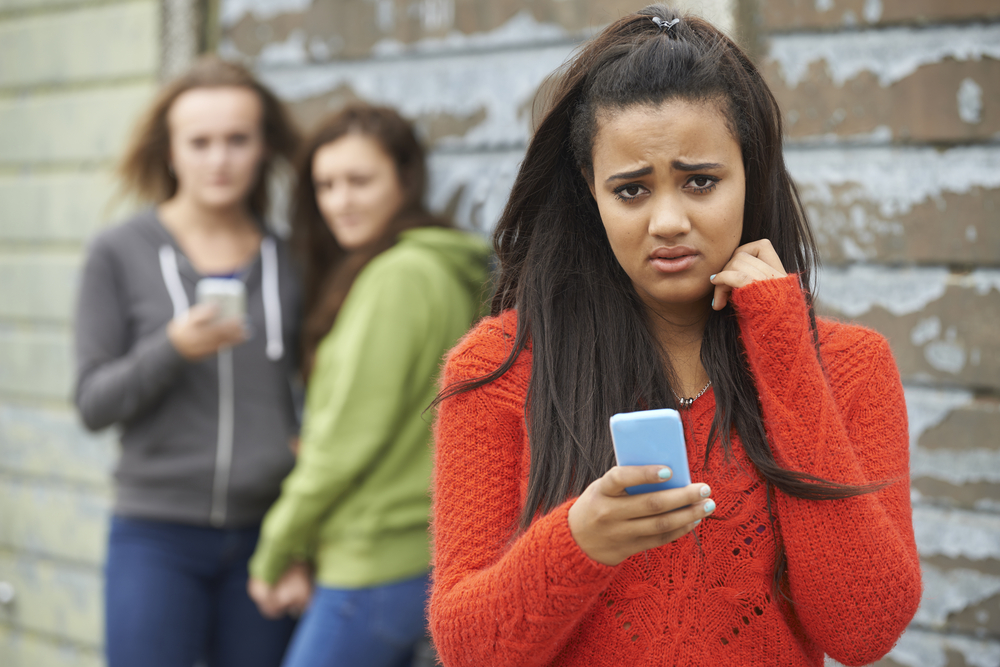 Cyber-bullying has been defined as the “intentional and overt act of aggression toward another person online” (Ybarra & Mitchell, 2004) and includes “harassment and bullying that occurs through email, chat, instant messaging, websites (blogs included), text messaging, videos or pictures posted on websites or sent through cell phones” (David-Ferdon & Hertz, 2009). Cyber-bullying a relatively new form of peer aggression and is not yet well understood in terms of its underlying risk and protective factors. Even though cyber-bullying occurs less often than traditional or non-electronic forms of bullying, it is occurring at problematic levels (Wang, Ianotti, & Nansel, 2009). Studies have estimated that 9%-35% of youth become victims of cyber-bullying, while 4%-21% of them become perpetrators of cyber-bullying (Kowalski & Limber, 2007). 10%-33% of youth between the ages of 10 and 19 have experienced being the target of aggression online (Finn, 2004) and 15% of them have reported engaging in cyber-bullying behaviors themselves (Patchin & Hinduja, 2006). In a sample of middle school students, boys were more likely to be cyber-bullies than girls (Wang et al., 2009), however, other studies have not found gender differences at this age.

There have not been a lot of studies conducted to find out how cyber-bullying overlaps or differs from traditional forms of peer aggression in terms of pathways or risk factors. The little information we have to date seems to indicate that just like with more traditional forms of bullying, cyber-bullies were more likely to believe that bullying peers and encouraging others to show aggressive behaviors to peers are acceptable behaviors. Moreover, cyber-bullies were more likely to engage in other forms of peer aggression, which implies shared risk factors (David-Ferdon & Hertz, 2009). Also, cyber-bullying and non-electronic forms of bullying (physical, verbal and relational) were both related to low parental support. However, cyber-bullies are different from traditional bullies in that they have fewer friends (Wang et al., 2009).

Although there are a few plausible theories that attempt to explain the complex motives to engage in bullying, the most prominent one is social learning theory and social interaction learning theory in particular. According to social learning theory, maladaptive and aggressive social interactions with peers originate in impaired and conflictual family dynamics (Patterson, 1982). The external environment contributes to the acquisition and maintenance of aggression and other risk behaviors (Bandura, 1986). Impaired social interactions and the escalation of child dysfunction lead to more conflict and violence in the child’s home, which becomes the training ground for problematic relationships outside the family (Reid, Patterson, & Snyder, 2002). Moreover, some studies also show a relationship between bullying and more conflictual and harsh parenting styles (Bowes et al., 2009) as well as low parental monitoring (Roberts & Coursol, 1996).

So to summarize, bullying probably originates in family conflict and ineffective monitoring, which limits the child’s options to engage with prosocial peers and diminishes effective parental controls, which in turn provides an opportunity for misbehavior (Dishion & Andrews, 1995) and correlated risk behaviors such as substance abuse (Conger & Reuter, 1996). The effects of intoxication as well as situational factors accompanying intoxication (such as peer interactions) may also contribute to aggressive behavior, making matters worse (White, 1997). Conflictual family dynamics are also linked to heightened hostility and depression (Reinecke, Curry, & March, 2009) as well as reduced empathy (Su, Mrug, & Windle, 2010), which have been implicated in bullying (Hazler et al., 2006).

Even though cyber-bullying is similar to other forms of aggression in many ways, it is also unique due to the nature of technology it uses as a platform. The so-called ‘online disinhibition effect’ refers to greatly diminished internal censorship when communicating in cyberspace. Online people say and do things that they normally would not do in face-to-face interactions. They feel less restrained and express themselves more openly (Suler, 2004). This can encourage appropriate self-disclosure but may also result in encouraging mean or cruel attacks on others and acting out behaviors. In addition, in cyberspace, individuals can choose to interact with others anonymously and avoid repercussions for bad behaviors. This may further encourage adolescents to say or do things online that they would be unlikely to do in real life and limit their sense of responsibility for these actions (Blumenfeld, 2005).

Cyber-bullying is a relatively new form of bullying that is perpetrated through electronic mechanisms. Although it is less common than other forms of bullying (physical, verbal and relational), it has similar social and academic liabilities. Given the novelty of the phenomenon, there is little information on the specific mechanisms of cyber-bullying perpetration. Current findings are consistent with social learning theory and emphasize the role of maladaptive socialization with the family. Social interaction in the home is the source of diverse forms of aggressive behaviors in youth. Family violence and ineffective parental monitoring contribute to impaired emotion management (lack of self-control and coping skills), impaired social interactions with peers and other health-risk behaviors, which in turn become mechanisms for cyber-bullying behaviors.