Women and PTSD – Controversy over Sex Differences in Prevalence (Part I) 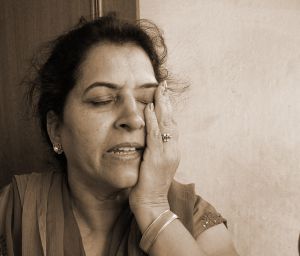 Although the scientific community currently accepts the diagnosis of post-traumatic stress disorder (PTSD), there is much debate surrounding this topic. The Journal of Traumatic Stress published a study in 2009 that explained how some researchers and clinicians believe the diagnosis meets the psychological needs of those exposed to trauma, while others question the validity of the diagnosis because it is thought to be strongly influenced by social constructs that have a tendency to pathologize common human experience.

An even bigger dispute arises when the mental health community debates the noticeable sex-related differences in the prevalence rates of PTSD. The fact that women are twice as likely as men to develop PTSD is generally accepted. However, opinions about why this might be are extremely varied, and there is a lack of consensus even within professions and disciplines. In 2006, The Psychological Bulletin published a quantitative review of 25 years of research regarding this matter, and some of their findings are seen as controversial. They were not in line with traditional views, which related higher rates of PTSD among women to their frequency of experiencing Potentially Traumatic Events (PTEs). Two of the major conclusions of the 2006 review were as follows:

For many years, it has been generally accepted that women experience more PTEs than men over the course of their lives. However, nowadays we know that this is not the case. In fact, men are more likely to experience a PTE during their lifetime, implying that the higher rates of PTSD reported in women are not due to a higher probability of being victimized.

2.  Women and the Experience of Sexual Assault

Although women, in general, are not more likely than men to experience a PTE, they are, in fact, more likely to experience a PTE that falls within the category of sexual assault (e.g., rape or sexual abuse in childhood or adulthood). The quantitative review suggests that women show a higher prevalence of PTSD even if victims of sexual assaults are excluded when examining prevalence rates. Moreover, within the same PTE types, female participants were more likely to show symptoms of PTSD. This implies that the higher prevalence of PTSD in females cannot be attributed solely to their higher risk of experiencing a PTE such as sexual assault.

These new epidemiologic facts served as a springboard for new research looking at possible reasons for sex differences in the prevalence of PTSD. The upcoming blog discussion of PTSD in women will present findings of two studies conducted in 2011 that shed light on this matter.