What Yoga Can Do for Adolescents 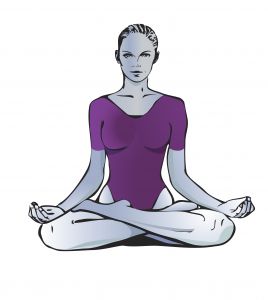 Do high school students receive psychological benefits when they practice yoga? Multiple studies have provided evidence that yoga is associated with increased GABA levels in the brain, which in turn influences mood and anxiety disorders. What if a program of yoga were to be implemented for young people during their teenage years? Would it—or could it—help to prevent mental health problems? Jessica Noggle, PhD, of Brigham and Women’s Hospital, Harvard Medical School, has explored this possibility, along with two fellow researchers, while conducting a pilot study at a high school in Massachusetts.

The pilot study designed by the investigators included fifty-one 11th and 12th grade students who were registered for physical education (PE) classes. The students were randomly assigned to participate in the yoga group or the regular PE class group. The type of yoga used here is known as Kripalu, a form of yoga that consists of physical yoga postures accompanied by breathing exercises, relaxation techniques, and meditation. The study lasted for 10 weeks, and participants were required to complete psychosocial tests, mood and anxiety assessments, and an evaluation of self-regulation skills (i.e., resilience, anger management, and mindfulness).

Results of the pilot test indicated that students in the yoga group reflected better scores on the psychosocial measures, while the regular PE group had actually increased their scores for mood and anxiety problems. Indices of negative emotions also showed improvement in the yoga group, while representing worsening emotions (becoming more negative) in the regular PE group.

The findings of this pilot study, a report of which described was published in the Journal of Developmental and Behavioral Pediatrics, suggests that practicing yoga has positive psychological effects for adolescents attending high school. There is not, however, enough evidence yet to determine whether or not it can help to prevent the development of mental health problems for these kids later in life. What is most promising, however, is that yoga has been shown to be definitely beneficial for children and teens. So wouldn’t it be a good idea to incorporate yoga as part of a physical education program in our public schools?