What is Intuitive Eating & Health At Every Size? 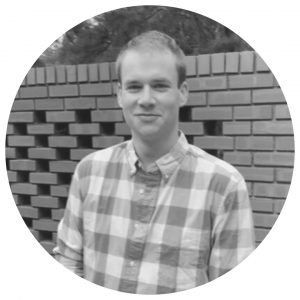 There may be no more controversial topic in the medical community at the present moment than the relationship between weight and health. For decades, the idea that people considered overweight or obese should focus on dieting and losing weight was shared by almost everyone in the health and wellness industry.

However, after years of testimonials and countless scientific studies a simple truth emerged: dieting does not work. The data are overwhelming that diets are unsuccessful in sustaining significant weight loss for those who try. In reaction to dieting, some experts now recommend something called intuitive eating. In addition to intuitive eating an additional idea emerged:

What if weight is not correlated with health?

What is Intuitive Eating?

The intuitive eating movement has gained traction recently as a reaction to the “diet culture” that has permeated our society. The term was created by Dieticians Evelyn Tribole and Elyse Resch during the 1990’s. They further expounded on their ideas in a number of books since then. Tribole and Resch created ten principles that guide intuitive eating advocates.

The tenets serve as a groundwork for intuitive eaters. However, the main focus of this philosophy is the idea that people should trust their body’s cues, in contrast with what most dieters do. You eat what your body tells you and stop eating as soon as you feel full. The idea is not to lose weight, but to function in a healthier manner, both physically and mentally.

“Intuitive eating is about trusting your inner body wisdom to make choices around food that feel good in your body, without judgment and without influence from diet culture. We are all born with the skill to eat, to stop when we are full, to eat when we are hungry and to eat satisfying foods. As we grow up that can change for a variety of reasons. Many of us lose that freedom and intuitive eating is learning to reclaim it. When we filter out the noise and influence that diet culture presents to us as false truths, we can then truly listen to what our body wants and needs from food.”

One of the most attractive aspects of intuitive eating is that it can help people deal with the emotional and mental distress they experience due to issues regarding diets and physical appearance. If you have ever tried a diet, you know just how stressful it can be. Constantly monitoring your consumption can be overwhelming.

In many cases this can lead to disordered eating and mental illness. Also, people who are what our society deems as “overweight” or “obese” face a wide variety of issues, including prejudice and ridicule. It can be extremely difficult to be “overweight” in a society that places so much focus on appearance and beauty standards. The anxiety and sadness that accumulate can lead to emotional disturbances. This is the axis where intuitive eating and Health At Every Size (HAES) intersect.

Give us a call
Send us a message

What is Health At Every Size (HAES)?

HAES proponents believe that body weight has a very small relationship, if any, to overall health. They believe that most dieting efforts are ineffective and can cause worse harm than remaining “overweight.”

According to Medical Daily, “HAES practitioners also have their own strategy for health maintenance. ‘The idea is to separate issues of health from weight,’ Harriet Brown, a journalist and HAES supporter who has herself argued against the popular perception of weight in her 2015 book Body of Truth, ‘Intentional weight loss for 90-plus percent of people is associated with worse health outcomes, so HAES looks at health-positive behaviors — for instance, developing a physical activity routine that’s sustainable and enjoyable…These behaviors might indeed lead to weight loss, but that’s irrelevant to the pursuit of health itself,’ she added. Equally important to the HAES approach is establishing a sense of acceptance and appreciation of one’s current body and fostering healthy eating patterns that rely less on calorie counts and more on internal hunger cues.”

A study at the University of Minnesota found that, “…findings from the current study in conjunction with previous studies provide preliminary data suggesting that intuitive eating may have some benefits in terms of both weight and disordered eating behaviors. At the very least, the absence of intuitive eating may serve as a marker for the presence of disordered eating behaviors. Thus, health care providers may want to consider asking young adults if they feel they can trust their body to tell them how much to eat. The current study highlights the potential value of shifting our focus on weight-related concerns from dieting and weight loss to health behavior change and intuitive eating.”

Can Intuitive Eating & Health At Every Size (HAES) Help Me?

Much of the research seems to suggest that intuitive eating can have positive results for those looking to escape the cycle of dieting. However, the idea that weight is not related to health is a controversial proposal which has many opponents.

So, can you be overweight and/or have a high body fat percentage and still be healthy, as HAES advocates claim? Unfortunately, the answer to that question is not clear-cut.

Body Mass Index (BMI) is one of the primary scores health groups and governments use to evaluate physical health. BMI measures body weight versus height to determine whether a person is a healthy weight or not. There are many problems with BMI, including the fact that fat and muscle are not differentiated. However, having a high body fat percentage may be a different story.

“The HAES movement is, at its origins, about fairness and equity, and about not judging books by their covers, or people by their weight. I support all of that; scales do not measure human worth. I fully endorse the push back against obesity bias in our society,” according to Dr. David Katz of Yale University. “But the simple fact is that excess body fat is a risk factor for most major chronic diseases — it just is. So, if weight is an indicator of health risk, it must be treated as such.”

Many medical professionals worry that HAES advocates may sometimes conflate the ideas that weight is not the most important measure of health and weight has no relevance to health at all.

Fat, also known as adipose tissue, in particular may be associated with negative health outcomes. While adipose tissue used to be considered simply an inert storage bin for energy, it is now widely believed that it should be considered an endocrine organ.

According to Erin Kershaw of Beth Israel Deaconess Medical Center, Boston, Massachusetts, “The important endocrine function of adipose tissue is emphasized by the adverse metabolic consequences of both adipose tissue excess and deficiency. Adipose tissue excess or obesity, particularly in the visceral compartment, is associated with insulin resistance, hyperglycemia, dyslipidemia, hypertension, and prothrombotic and proinflammatory states.” The accumulation of fat can cause abnormal functioning of adipokines, which are factors secreted that regulate levels of glucose, insulin, and inflammation, etc.

Give us a call
Send us a message

Your Next Steps Toward Balance

Intuitive eating may offer an appetizing alternative to those who have struggled through the frustration of the dieting culture. Findings have shown that intuitive eating could help those suffering with weight and diet related mental health issues, and possibly aid in marginal weight loss.

Those who believe that weight and fat content play no role in health are almost certainly overstating the facts. There is clear evidence that increased adipose tissue levels are associated with a number of illnesses. However, there are plenty of factors associated with poor health outcomes other than weight. If you are interested in your health, it may be advisable to occasionally monitor your weight/fat while not obsessing over it.

When looking for relief from dieting and disordered eating, seeking support from a mental health professional and/or certified health coach can be a useful first step and New York Behavioral Health is here for you. Feel free to reach out to us if you’d like more information. You can also schedule an appointment right here on our website. 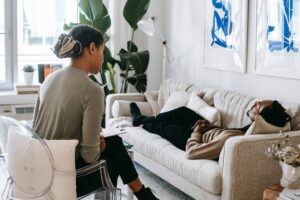 ACT for Depression in NYC 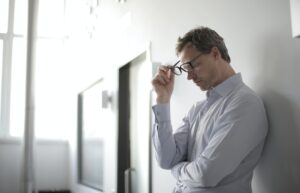 How To Help Your Generalized Anxiety Disorder in NYC 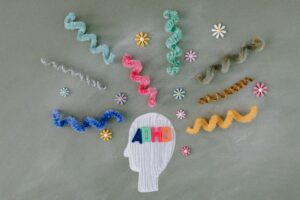 How To Find ADHD Treatment in NYC

Reach
out to us

Please do not include confidential or private information regarding your health condition in this form. This form is for general questions or messages to the practitioners.