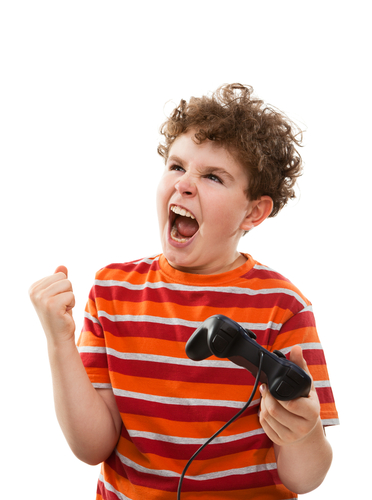 The question whether playing violent video games causes physical aggression has been an important one in research since the 1980s (Cooper & Mackie, 1986). Even though hundreds of studies have been conducted since, the debate about the link between video games and aggression is still ongoing not only in scientific circles but also in politics and the mass media (Bushman & Huesmann, 2014).

In the field of media violence research, there are three main theoretical models that aim to explain the relationship between violent video games and aggression.

The most popular model is the so-called General Aggression Model/GAM (Anderson & Bushman, 2002). This model is based on the socialization hypothesis and states that repeated use of violent media leads to an increase of aggression over time. The GAM combines the assumptions of social learning (Bandura, 1977), excitation transfer (Zillmann, 1983), and cognitive neoassociation (Berkowitz, 1990). In short, GAM posits that repeated use of violent video games causes the learning, rehearsal and reinforcement of aggressive beliefs, expectations and attitudes as well as desensitization to violence. All of these processes eventually lead to an increase in aggressive personality and the likelihood to act aggressively in social situations in the real world. Although this model is widely used in research, it has also been criticized for relying on social learning too much, while ignoring biological factors, perceiving video gamers as passive, and not distinguishing real from fictional violence well (Ferguson & Dyck, 2012).

An alternative theory is called the Catalyst Model (Ferguson et al., 2008). The Catalyst Model is based on the selection hypothesis; referring to the assumption that more aggressive individuals tend to seek out more violent media content (Zillmann & Bryant, 1985). This model focuses more on genetic factors and attributes of the social environment. Essentially, the Catalyst Model suggests that the roots of violent and aggressive behavior are genetic and are influenced by family and peer interactions. Moreover, distal social influences, such as media violence, have little to no effect on aggressive behavior (Ferguson, Ivory, et al., 2013). This means that individuals who have increased tendency for aggression may act in violent ways that they have seen in the media, but their inclination to act aggressively is not influenced or caused by violent media. The one main limitation of this model is that it is very hard to test due to the difficulty measuring genetic and social risk factors that contribute to the increased tendency for aggressive behavior.

Finally, the third model is known as The Downward Spiral Model (aka negative feedback loop model). This model accounts for both the socialization and selection hypotheses (Slater et al., 2003). This model assumes that there is a circular relationship between aggressive tendencies and violent media. In short, a person with aggressive personality will seek out violent media content, but the violent media content will then reinforce the aggressive behavior. The only limitation of this model is that it omits any other factors that could moderate the relationship between violent video games and aggression.

The current study was longitudinal in nature. It included 332 participants, German gamers age 14-21. The study was conducted in two waves. The first wave consisted of a telephone survey that was repeated exactly 1 year later in the second wave. The researchers tested both the socialization and the selection hypotheses and separated the participants into two subgroups based on age – adolescents (age 14-17) and young adults (age 18-21).

The results of the study provide some evidence for the selection effect in the adolescent group. However, in the young adult group they found no indication of either hypotheses. The results of the study fit best with the Catalyst Model (Ferguson et al., 2008) in that the researchers found no substantial influence of violent media content on real-life aggression. Even though this study found no evidence for the socialization hypothesis, it could be due to the fact that the participants were older than in other studies. The socialization effect could potentially occur in younger children when media preferences and personality traits are more malleable.

The study also found a difference between the age groups. The selection effect seemed to disappear once media preferences have solidified and the appeal of the “forbidden fruit” is diminished (young adult group). When gamers turn 18, all types of games legally become available to them. In addition, as adolescents get older, the parental control over video game use tends to decrease. This enables young adults to choose what they play more freely as well as reduce the “forbidden fruit” effect (Bijvank et al., 2009).

To sum up, the current study found that the use of violent video games cannot explain a change in physical aggression, i.e. the use of violent media is not strong enough to influence or alter fundamental personality traits. Genetic and social factors (such as family violence) (Ferguson, Ivory et al., 2013) are more likely to shape aggressive personality traits before the later stages of adolescence. This, of course, does not mean that violent video games are completely harmless and do not have any effects on players at all. Further research is needed to really understand the phenomenon and its effects on every age group.

Berkowitz, L. (1990). On the formation and regula- tion of anger and aggression: A cognitive- neoassociationistic analysis. American Psychologist, 45, 494–503.

Slater, M. D. (2003). Alienation, aggression, and sensation seeking as predictors of adolescent use of violent film, computer, and website content. Journal of Communication, 53, 105–121.