The Relationship between OCD and the Experience of Pain 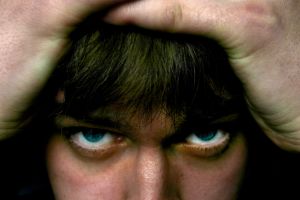 What is Known about Pain and OCD

A few years ago, a study of a sample of individuals diagnosed with obsessive-compulsive disorder (OCD) showed a 22.4% prevalence of self-harming behaviors du Toit, van Kradenburg, Niehaus, and Stein (2001). Despite the prevalence demonstrated, there were still, until recently, no studies reported that examined the relationship between pain and OCD. Thus, another group of researchers decided this was an area that should be explored, so they conducted a study in the attempt to better understand the correlates between the two phenomena. Prompted by the aforementioned 2001 study, Hezel, Riemann, and McNally examine the relationship between OCD (as well as other disorders on the obsessive-compulsive spectrum, such as compulsive non-suicidal self-injury) and the experience of physical pain (2012).

The researchers note historical studies indicating that individuals suffering from emotional distress, most specifically chronic guilt, often have higher pain tolerance and pain endurance than their peers. For purposes of their study, they define pain tolerance as, “The time it takes before the pain becomes intolerable, prompting the person to demand termination of the stimulus” (Hezel et al., 2012, p. 982). Similarly, pain endurance is defined as the amount of time the person continues to bear the stimulus after he or she first identifies it as painful. Historical studies suggest that individuals with low self-worth and negative self-thoughts were at the highest risk for performing non-suicidal self-injury (NSSI); the self harming behavior is hypothesized to be used as a mechanism for regulating negative emotions (Hooley, Ho, Slater, and Lockshin, 2010).

Measures of Pain and Emotions

In their current study, Hezel et al. (2012) hypothesized that participants with OCD would have a higher pain tolerance, would endure the pain for greater lengths of time, and would thereby experience emotional relief (self-punishment) from the heightened experience of physical pain. Participants were recruited from an OCD clinic in the Midwest and control group participants were recruited through advertisements on Craigslist. The State Shame and Guilt Scale (SSGS) was used to measure moral, self-referential emotions of shame, guilt, and pride (Marschall, Sanftner, and Tagney, 1994). The Yale Brown Obsessive-Compulsive Scale (Y-BOC) was also used to measure OCD symptom severity. To assess participants’ pain tolerance and pain endurance, Hooley and Delgado’s (2001) portable pressure algometer was used. The device causes constant and increasing pressure to participants’ fingers, and though no tissue damage occurs, is akin to the feeling of a dull butter knife on an individuals’ skin. All subjects in this study were directed to tell researchers when pain was first noticed and, again, when it became intense enough that the subject wanted the algometer removed.

The study under discussion produced findings that are, for the most part, in line with the researchers’ hypotheses. Those participants with OCD, for example, were found to be unusually tolerant of physical pain–regardless of the nature or severity of their symptoms (Hezel et al, 2012, p. 984). Through the use of the Distress Tolerance Scale (DTS) the researchers also noted that those with low scores on the DTS also exhibited a higher pain tolerance. These results suggest that individuals who struggle to experience emotional pain are able to endure physical pain to a much greater extent; in effect the physical pain distracts from emotional pain.

Control of the Pain

Two comments in particular made by participants about pain experienced in the study were noted by the researchers. One of the patients indicated that the pain “felt good” and the other, “In all the craziness of my OCD, pain is a constant. It’s one thing that you can count on” (p. 985). Sadly, patients with OCD seemingly struggle to control negative and aversive thoughts in their lives and may take comfort in the ability to control some component of aversive stimuli, such as exposure to physical pain (Hezel et al., 2012).