The Relationship between Anxiety Sensitivity and Symptoms of Obsessive Compulsive Disorder 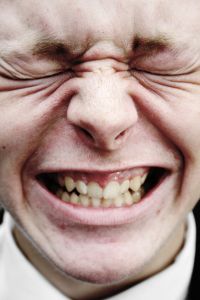 Characteristics of OCD and AS

What is the relationship between specific symptom dimensions of Obsessive Compulsive Disorder (OCD) and Anxiety sensitivity (AS), or the fear of physiological reactions associated with anxiety? A group of researchers designed a study that might lead us to a better understanding of how these constructs are related (Wheaton, Mahaffey, Timpano, Berman, & Abramowitz, 2011). They first examined previous research delineating the three dimensions of AS (physical, social, and cognitive) and the relationship of each to specific manifestations of anxiety. For example, panic is often associated with the physical dimension of AS; patients fear their body’s physiological reactions to anxiety and thereby exacerbate the fear (Deacon & Abramowitz, 2006). Similarly, the cognitive dimension of anxiety sensitivity has most often been associated with the type of pathological worry seen in Generalized Anxiety Disorder or GAD (Rector et al., 2007). Yet, researchers have rarely addressed the dimensions of AS in relation to OCD, a disorder characterized by recurring thoughts, images, or impulses that provoke anxiety as well as unwanted behaviors that are adopted by these individuals to manage said anxiety. In their study, Wheaton et al. (2011) contribute to the greater understanding of the relationship between OCD symptoms and an individual’s anxiety sensitivity.

Wheaton et al. (2011) reference the only other study completed with a similar aim; Calamari, Rector, Woodard, Cohen, and Chik (2008) divided a sample of patients with OCD into seven categories of symptom presentation: Contamination-washing, harming (aggressive obsessions and checking compulsions), hoarding, obsessional (miscellaneous obsessions and compulsions), symmetry, certainty, and contamination/harming. Calamari et al. (2008) found that “AS was related to obsessive-compulsive (OC) symptom severity among all patient groups except for the hoarding and obsessional groups,” and that patients in the combined category of contamination/harming had higher levels of AS than participants in any of the other groups (p. 892). According to the hypothesis of the study conducted by Wheaton et al. (2011), the cognitive aspect of AS would be closely associated with the harm OCD symptom dimension, typically characterized by aggressive and unwanted thoughts about violence and harm. Additionally, Wheaton et al. (2011) hypothesized that contamination fears would be closely related to the physical component of AS, as individuals can be overly sensitive to contracting illness or experiencing physiological signs of illness.

For their study, the researchers administered the Anxiety Sensitivity Index-3 (ASI-3; Taylor et al. 2007), the Center for Epidemiological Studies-Depression Scale (CES-D; Radloff, 1977), Obsessive Beliefs Questionnaire (OBQ; Obsessive Compulsive Cognitions Working Group, 2005) and the Obsessive-Compulsive Scale (DOCS; Abramowitz et al., 2010) to a group of undergraduate students enrolled in an introductory psychology course at a large university in the US.

The results of the study were in line with the researchers’ hypotheses. First, fears that anxiety was indicative of a physical problem (the physical dimension of AS) were “uniquely predictive of the contamination OC symptom dimension” (Wheaton et al., 2011, p.895). The researchers propose this connection could be related to the often present fear that contamination will induce illness. Further, the results also showed that anxiety surrounding cognitive dyscontrol was predictive of the OC symptom of unacceptable and repetitive thoughts, with participants reporting the failure to control thoughts as a sign of “mental weakness” (Wheaton et al., 2011, p. 895). Similarly, fears of cognitive dyscontrol were also related to the OC symptom dimension of harm; this dimension is characterized by an individual’s fear that he/she will cause harm to another, either intentionally or unintentionally.

Benefit of Learning About Anxiety

The investigators (Wheaton et al., 2011) stress the importance of continued research into the intricacies of the relationship between the three components of AS and the symptom dimensions of OCD. A heightened understanding of this relationship could impact the treatment of OCD. Clinicians could incorporate psychoeducation about anxiety sensitivity into therapy sessions. They could utilize relaxation techniques to help clients better understand the primary dimension from which their anxiety stems and to better manage the physiological symptoms of anxiety that may exacerbate an individual’s distress.