The Gaining of America – Weight Gain 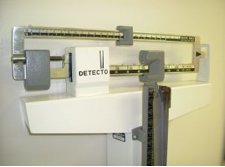 We all know what we’re supposed to do to lose weight or maintain a healthy weight for our age, gender, and build. Right? Eat less, exercise more and watch television less, get the right amount of sleep, stay away from junk foods, etc. But bad habits are hard to break. Apparently, we are not practicing what we know to be a healthy lifestyle.

Three separate studies that followed healthy, non-obese men and women over a couple of decades found the same thing: that the vast majority of us are subject to what the researchers call “unrelenting” weight gain. On average, those in the study gained 16 pounds in 20 years. It doesn’t seem like much when it happens, because it comes on so slowly (fewer than two pounds in a year). Who hasn’t found that last year’s summer clothes seem a little too snug? But, unless the cycle is broken, the weight is indeed “unrelenting” and can add up to health risks of all types.

The most significant factor in the weight gain for the sample of over 120,000 people was found to be consumption of foods (and non-foods) such as chips, sodas, fries, red or processed meat, and white flour products. However, there were other significant influences, such as watching a lot of tv, sleeping fewer than 6 or more than 8 hours per night, engaging in little physical activity, and, to a lesser extent, drinking alcohol.

So, the question is how to break the cycle. The authors suggest a program such as Weight Watchers that encourages making long-term or lifetime changes in behavior. But it doesn’t have to be a formal program. Your ‘cycle-breaker’ could be daily cycling, for example. The main lessons we should take away from this research are as follows: 1) there is no quick fix (that lasts very long), and 2) we need to be aware of the “unrelenting” weight gain phenomenon and be on our guard not to let those comfort behaviors become habits.

How many pounds did you gain in the last decade?