Suicidality and Drug Use Disorders 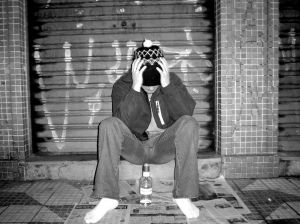 This past November (2011), The Journal of Consulting and Clinical Psychology published a pioneer study carried out by Brown University that assessed the efficacy of an integrated treatment for adolescents with co-occurring suicidality and alcohol and other drug use disorders (AOD).

These researchers explain how AOD and suicidal behavior commonly co-occur among adolescent clinical populations; approximately 27% to 50% of adolescents who die by suicide battled with AOD. Further, rates of AOD among adolescents who attempt suicide ranged from 12% to 50%. Moreover, they stressed the fact that the relationship between AOD and suicidality appears to strengthen as each problem increases in severity. Regardless of the fact that these two problems have been known to interrelate, treatment commonly occurs separately. This study implemented a randomized trial that attempted to evaluate treatment that addressed both of these conditions concurrently.

In order to do so, they recruited 40 adolescents and their families from a psychiatric inpatient unit and randomly assigned them either to the integrated cognitive behavioral therapy (I-CBT) protocol or the enhanced treatment as usual (E-TAU) protocol for 18 months. The I-CBT protocol was grounded in social cognitive learning theory, which proposes that mental health problems may stem in part from prior learning histories, particularly when the learning of social behaviors and core beliefs is examined. The idea was to use CBT techniques to help adolescents relearn adaptive ways of relating to self and others and develop self-efficacy.

Consistent with social cognitive learning theory, the I-CBT protocol integrated CBT techniques to remediate maladaptive cognitions and behaviors found to underlie both adolescent suicidality and AOD. They worked with adolescents individually and with parents around appropriate modeling and parenting practices. The hypothesis was that improvement in adolescent and parent skill development, in turn, should lead to reductions in youth AOD and suicidality.

The E-TAU protocol was determined independently by each community provider but did not necessarily focus so much on CBT interventions and techniques.

Results for this randomized trial show that CBT was associated with greater reductions in heavy drinking days, days of marijuana use, and marijuana-related problems over the course of treatment. Also, youths who received the I-CBT protocol reported less global impairment, as well as fewer suicide attempts, psychiatric hospitalizations, emergency room visits, and arrests. These conclusions imply that, by addressing both suicidality and AOD simultaneously, treatment providers have a better chance of understanding the functional relationship between both conditions for each client and can intervene accordingly.

What do you think? Has your life been affected by someone with a substance use disorder who also attempted suicide? Do you think his or her impairment might have been reduced considerably by either of these protocols?