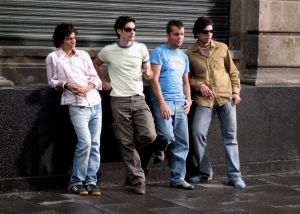 School bullying, as described by Pugh & Chitiyo (2012) is a universal problem without a universal intervention. In other words, despite its prevalence, school bullying remains without a comprehensive and standard solution, adopted and understood by clinicians, researchers, parents, teachers, and administrators. Positive behavior support is the standard intervention endorsed by Pugh & Chitiyo for the treatment of school bullying – a painful phenomenon with immediate and long-term consequences.

The most commonly used definition of school bullying is from Olweus (1994) and considers that an individual is bullied when he/she is “… exposed, repeatedly, and over time, to negative actions on the part of one or more other students” (p. 47). However, Pugh & Chitiyo highlight the fact that several subsequent researchers created their own working definitions in lieu of Olweus’ definition, further complicating a deepened understanding about this age-old experience. Pugh & Chitiyo cite innumerable statistics by varying sources, some of which reflect differing outcomes. While most research indicates bullying is a pervasive global problem, especially among children and adolescents, the absence of standard measurement tools impacts researchers’, clinicians’, teachers’, and parents’ understanding of the scope of the problem.

Strategies to Reduce Bullying in Schools

Components of the PBIS Approach

PBIS is a proactive approach to school bullying that focuses on “redesigning the environment” and encouraging success among program participants. PBIS focuses on intervening on three tiers: (Tier 1) school-wide, (Tier 2) specific setting, like the classroom, and (Tier 3) the individual. Tier 1 efforts, or primary efforts, should focus on training all students about expectations and acceptable behaviors, and on developing strategies, including a reward system, to enforce these behaviors. This level of intervention aims to reduce the number of new bullying cases and has proven effective for a majority of students (p. 49). Subsequently, Tier 2 (secondary intervention) is reserved for students still identified as at risk for bullying behaviors after a large group intervention. A Tier 2 intervention might consist of targeting a specific problem setting such as the classroom, playground, or cafeteria. Last, Tier 3 is an individualized intervention targeted toward the small percentage of students consistently engaging in problem behaviors. In Tier 3 interventions, behavioral teams assess students to identify specific problem behaviors, their perceived function, and how to introduce acceptable alternate behaviors.

PBIS targets primarily behaviors, not individuals, and endorses the idea that, when students notice a positive shift in classmates’ behaviors, they are less inclined to bully. Additionally, PBIS offers a “… general framework within which a variety of interventions can be constructed” (p. 50). Pugh & Chitiyo elaborate on several such programs, tailored toward one or more of PBIS’ tiers, which have reported measured success. PBIS programs require training and involvement of all stakeholders (parents, teachers, etc.). Pugh & Chitiyo note that PBIS programs have been implemented in over 13,000 schools in the USA and are yielding effective results. The tier system allows practitioners to focus efforts on changing school bullies’ environments to better support positive replacement behaviors, and comprehensively create change in all identified problem areas. Following a cognitive-behavioral model, each tier “… focuses on behaviors, the antecedents that produce the behaviors, and the settings in which behaviors occur” (50). Data are collected and analyzed throughout each program, and necessary changes are implemented in real time, all to better ensure target behaviors and outcomes are achieved. The researchers encourage increased implementation of PBIS programs, as well as research efforts to continue the attempt to establish an accepted and universal approach for the treatment of school bullying.