Role of Emotions in Reacting to Bullying on the Job 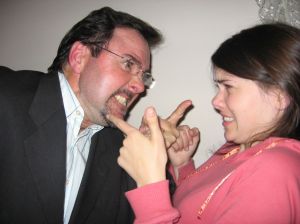 A Focus on Emotions

With somewhere between 5% and 30% of the European workforce plagued by an experience known as workplace bullying, a research team designed and conducted a study to examine the relationship between workplace bullying and victims’ emotional and physiological reactions. The investigators, Lokke Vie, Glaso, & Einarsen (2012) note previous studies demonstrating those who are the victims of bullying are more vulnerable to experience psychiatric, psychosomatic, and psychological difficulties. Therefore, they are seeking to better understand, through clinical research, why victims of bullying are at an increased risk for poor mental health outcomes. Lokke Vie et al. (2012) believe this is achieved by focusing on emotions and the powerful influence they have on an individual’s cognitions and behaviors.

Emotional Fluctuations Can Be Disruptive

Lokke Vie et al. (2012) argue that an understanding of the emotional impact of bullying is integral both for victims and for mental health professionals because emotional awareness opens a gateway to situational and cognitive reappraisal, whereby a victim may gain more control over a situation and subsequently cope more effectively. They distinguish between positive emotions and negative emotions and pose that a fluctuation in either can disrupt an individual’s well being.

To conduct the study, employees at a Norwegian bus company were asked to anonymously self-report on the frequency of experienced bully behaviors over the last six months on a scale of 1-5 (1 = no; 2 = yes, occasionally; 3 = now and then; 4 = once a week; 5 = several times per week). Correspondingly, positive and negative affect states were measured over the course of a two-week period using the Positive and Negative Affect Schedule (PANAS). Finally, musculoskeletal complaints were measured with the Bergen Health Checklist (BHC) and assessed participants for somatic complaints such as backache, headache, neck ache, foot pains, and hand pains.

Negative Emotions and Their Consequences

The results of the study supported the researchers’ first hypothesis, that victims of bullying experience more negative emotions than their non-bullied counterparts (p. 170). The victims did indeed report higher levels of negative emotion than their non-bullied counterparts, leaving them more often feeling “afraid, upset, angry, guilty, nervous, hostile, frustrated, ashamed, scared, and stressed” (p. 170). Interestingly, a significant difference in the experience of positive emotions, excluding “interest” was not noted between self-reported victims and non-victims. Lokke Vie et al. (2012) do, however, suspect the marked decrease in “interest” experienced or maintained by victims of bullying to be the result of social withdrawal induced by a decrease in positive feelings toward those within a respective social environment.

Connection to Disease and Medical Conditions

Additionally, Lokke Vie et al. (2012) reveal results in support of their second hypothesis that both positive and negative emotions, especially stress, mediate the relationship between exposure to bullying and musculoskeletal complaints. Investigators cite Lazarus’ (1999) explication of stress as, “A feeling experienced once an encounter is appraised as being a threat to the person’s well-being, and when the person perceives that stressors or demands imposed upon the individual exceed his or her personal and social coping resources” (p. 171). The results support previous research connecting negative emotions to the development of physiological diseases like hypertension, asthma, diabetes, and cardiovascular disease.

Consequences of the Long-Term Stress of Continued Bullying

Further, Lokke Vie et al. (2012) echo The Cognitive Activation Theory of stress (CATS 2004), in suggesting the experiences of sustained hopelessness and helplessness may incite chronic levels of anxiety and depression, thereby increasing an individual’s likelihood of participating in smoking or substance abuse, which over time may produce increased musculoskeletal complaints. Thus, emotions play an integral role in how an individual reacts cognitively, behaviorally, and physiologically to bullying. Increased research aimed toward identifying and understanding the relationship between specific emotions and mental health outcomes for victims of bullying will better serve both clients and clinicians.