Reducing Alcohol and Drug Use among Depression Patients through Motivational Interviewing 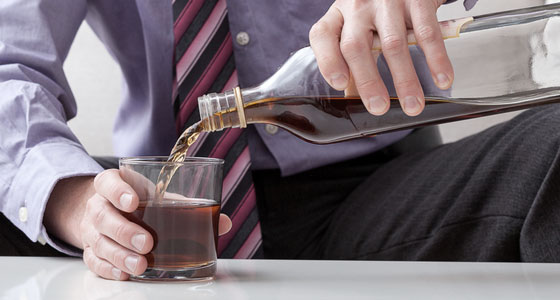 Depression Linked to Alcohol and Drug Use

The relationship between substance use and psychiatric disorders is increasingly well recognized, understood, and nuanced through evaluation and research.  Varying studies have demonstrated a link between heavy use of alcohol and heightened depression symptoms (O’Donnell, Wardle, Dantzer, & Steptoe, 2006), and high percentages of drug use (26.3% of women and 29.4% of men) reported among depression patients (Roeloffs, Fink, Unutzer, Tang, & Wells, 2001).  Despite the known connection between mental illness and substance abuse, there is less known about effective treatment methods for these dual diagnoses.  One approach considered is motivational interviewing (MI), which is a directive style of counseling that is designed for short-term use among patients who may possess a certain level of ambivalence toward an identified issue.  The goal of MI is to “resolve ambivalence” through a series of interactions involving the weighing of pros and cons of behavioral change, empathetic listening on the part of the therapist, and client-determined goals for change (Satre, Delucchi, Lichtmacher, Sterling, & Weisner, 2013, p. 323).

The aim of one group of researchers was to better understand the efficacy of MI as a supplemental intervention to outpatient treatment as usual for patients with depression and concurrent substance abuse problems (Satre et al., 2013).  These investigators hypothesized that, in a random trial, patients who experienced MI would show a reduction in hazardous drinking, and potentially in depression and drug use as well.  The reasoning offered by Satre et al. (2013) for the aforementioned hypothesis is that alcohol is the most commonly used substance among depressed patients (Davis, Rush, Wisniewski, et al., 2005; Satre, Wolfe, Eisendrath, & Weisner, 2008).  Participants, adults from a California clinic/hospital, were given one 45-minute MI session, followed by two 15-minute “booster sessions” at the 3- and 6-months intervals in treatment as usual.  In contrast, the control group received a quick 5-minute meeting with a therapist, during which brochures regarding substance use and risks were provided and explained (Satre et al., 2013).

Implications for Drug and Alcohol Interventions

The results of the study by Satre et al. (2013) demonstrated that, at the 3 month marker, “MI had a significant impact on the primary outcome of interest, reduction in hazardous drinking; although no impact was found on cannabis use or depression symptoms” (p. 327).  The researchers note the implications of these results as integral to the refinement of alcohol interventions which are critical to improved psychiatric care.  Although alcohol abuse is more successfully treated in the early stages of use, large percentages of patients, unfortunately, do not seek help until a much later stage and, instead, pursue mental health treatment as their first endeavor (Satre et al., 2013).  Thus, it is suggested by the researchers that substance use screening, which often includes MI, be performed for all new patients attending outpatient psychiatric services.  This may expedite awareness and availability of resources and services integral to patients’ journey back to wellness.