Reasons for Alcohol Use 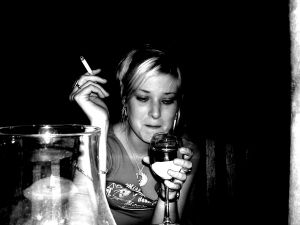 Amount of Alcohol Consumption Across the Lifespan

In recent years, much research has been conducted on the trajectory of alcohol use.  We know that, as with other developmental phenomena, alcohol use follows a normative course across the lifespan.  Of course, there is individual variability, but alcohol consumption commonly increases in the late teens, peaks during the early 20s, and then decreases during the mid to late 20s when individuals transition into adulthood.  However, not much attention has been paid to the factors underlying the alcohol consumption trajectories, i.e., looking at the reasons why people decide to use alcohol and not just at how much they use.

Researchers from the University of Michigan and Pennsylvania State University investigated developmental changes associated with alcohol consumption behaviors. They found that factors that motivate people to use alcohol also follow a developmental trajectory, such as that seen with the amount of alcohol they consume. What this tells us is that some of the motivating factors for alcohol consumption become more prevalent or rarer as individuals mature. In particular, as individuals transition into adulthood, they experience residential and social changes.

Motivating Factors for Alcohol Use

The researchers conceptually grouped 14 factors involved in the consumption of alcohol into 5 categories:

·         Social/recreational: to get high, to have a good time with my friends, to fit in with a group I like, and/or because of boredom

·         Coping with negative situations: to relax, to get away from my problems, and/or because of anger or frustration

·         Miscellaneous: to seek deeper insights and understandings, to get to sleep, and/or because it tastes good

According to this study, there are a number of factors that cause a change in alcohol consumption as young people transition into adulthood:

·         The majority of reasons decreased in prevalence with increasing age. As people grow older they drink less because they have fewer reasons for drinking.

·         The chief reasons for using alcohol, other than to fit in, were social/recreational.

·         The prevalence of compulsive reasons to drink and use drugs decreased with age. The use of alcohol to relax, to sleep, and because it tasted good increased significantly with age.

·         Men were more likely than women to endorse using alcohol to get high, to fit in, because of boredom, because they were hooked, to increase the effects of other drugs, to seek insight, and to sleep.

·         Women were more likely than men to report using alcohol to get away from problems and because of anger/frustration.

Substance Use Disorders and Other Problems Associated with Alcohol Use

Obviously, not everyone who consumes alcohol needs to stop or cut back on its use. There are even some very good reasons to drink wine or other alcoholic beverages. In recent years, research has demonstrated that alcoholic drinks, especially red wine, have health benefits associated with their consumption. On the other hand, alcohol is the number one drug problem in the U.S., nearly a third of the population has abused alcohol at some time, and it is estimated that there are around 12 million alcoholics in the United States alone. The seemingly limitless consequences include family, social, employment, financial, legal, spiritual, physical and mental health, and other problems. Some researchers believe that having the information presented here can potentially help create developmentally appropriate intervention programs for people with alcohol abuse problems.  What do you think?