According to the American Pet Product Association (2011), 62% of American households own a pet with yearly spending exceeding $45 billion. There are approximately 77 million dogs and 93 millions cats in the country, clearly indicating that pets are both ubiquitous and important in people’s lives.

Moreover, it is commonly assumed that pets play a significant social role in their owner’s lives and that a dog or cat can alleviate social isolation. Although pets can provide their owners with many direct, material benefits (scaring away burglars, reducing a vermin problem, etc.), there is also some evidence that pets can have positive psychological effects on people as well. 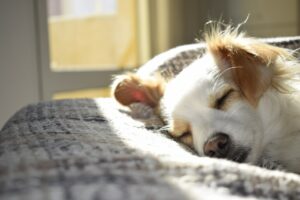 What Research Indicates about Pet Owners

Research shows that of people who have had a heart attack in the past year, pet owners were less likely to die within the next year compared to those who do not own a pet (1% vs. 7% respectively) (Friedman & Thomas, 1995). Medicare patients with pets had fewer physician visits than patients without pets (Siegel, 1990) and HIV-positive men reported less depression than similar men without pets (Siegel, Angulo, Detels, Wesch, & Mullen, 1999).

Another study found that people with severe physical disabilities (e.g.: traumatic brain injury, spinal cord injury) who were given a service dog showed improvements in their well-being (e.g.: self-esteem, locus of control) within 6 months while the wait-listed control group did not.

Many owners consider their pets to be “close others” in their lives. 50% of pet owners view their pet “as much a part of the family as any other person in the household”, 30% report that their pet sleeps in their bed with them, and 25% claim that their pet is a better listener than their spouse (Associated Press, 2009, 2010).

It is clear from numerous studies that psychologically close others can improve one’s happiness and well-being, while feeling socially isolated or excluded from others can have negative consequences (Williams, 2007). So, if pets are like close others to their owners, they may provide psychological benefits to the owner just like a close person would. 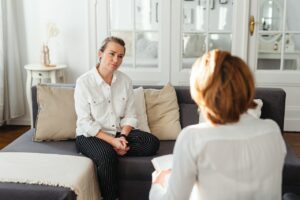 Trending
How to Find the Best Therapist in NYC For You

Three recent studies aimed to find out how and why pet ownership benefits people psychologically. These are their findings:

Everyday people enjoy well-being benefits from pet ownership and these advantages are stronger when the pet also fulfills the owners’ social needs. 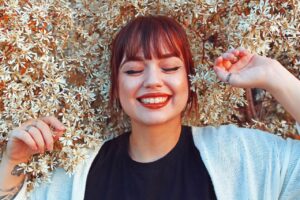 It has been widely known and accepted that pet ownership has many benefits for people both psychologically and physically. Owning a pet can mean experiencing unconditional love, companionship and social connectedness.

These recent studies have further confirmed pets’ role in serving to fulfill their owners’ social needs. Loneliness and social rejection are painful human experiences (MacDonald & Leary, 2005). Sometimes one’s friends and family cannot be present to provide immediate comfort (and sometimes they may be the source of the discomfort to begin with). In order to satisfy their social needs, lonely and rejected individuals may look at photos of loved ones, recall memories of social interactions, watch television, and sing or talk to themselves (Derrick et al., 2009).

Recent research suggests that pets can also contribute to the fulfillment of social needs independently of one’s human social support and predict higher levels of well-being overall. These benefits are not only true for those facing significant life stressors or physical and mental problems, but are generalized for non-clinical populations an everyday people as well.

Siegel, J. M. (1990). Stressful life events and use of physician services among the elderly: The moderating role of pet ownership. Journal of Personality and Social Psychology, 58, 1081–1086.

Uchino, B. N., Cacioppo, J. T., & Kiecolt-Glaser, J. K. (1996). The relationship between social support and physiological processes: A review with emphasis on underlying mechanisms and implications for health. Psychological Bulletin, 119, 488–531.

6 Ways Having A Dog Can Boost Your Mental Health & Mood

How to Find the Best Therapist in NYC For You