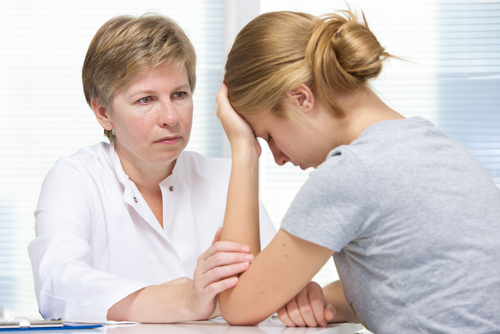 Unfortunately, many people will experience some kind of traumatic event in their lifetime. Often it is a private experience such as abuse or assault. Sometimes, however, traumatic events can affect whole communities or even countries. Recent examples for this are terrorist attacks, school shootings and the church shooting in Charleston. Research shows that following a traumatic event, recovery is largely influenced by the losses and gains of valued resources for individuals. The “conservation of resources (COR)” theory (Hobfoll & Lilly, 1993) emphasizes the changes in resources as a predictor of adjustment following trauma. Resources include tangible items (e.g.: one’s home or vehicle) and conditions (e.g.: being employed) as well as interpersonal (e.g.: intimacy, affection) and intrapersonal (e.g.: sense of life direction, hope) aspects. According to COR theory, individuals are highly motivated to retain and protect these valued resources (Hobfoll, 2001).

The current study aimed to examine the relationship between interpersonal and intrapersonal resource loss and psychological distress in students following the mass shooting at Virginia Tech that occurred in 2007. The mass shooting was one of the worst civilian mass shootings in US history with 33 dead, including the lone gunman, and 25 injured (Associated Press, 2007). This study examined the extent to which the interpersonal and intrapersonal resource loss and gain in the first 2 months following the shooting predicted psychological distress 6 months after the shooting. The study also looked at the extent to which initial resource losses and gains predicted further losses and gains over time. Moreover, the researchers tried to identify the potential predictors of resource loss and gain, specifically pre-shooting social support and use of active coping.

Even though the mass shooting did not result in a significant material resource loss, many individuals experienced losses of highly valued intangible resources such as optimism and that affected their adjustment following the trauma. This explains why some individuals experienced persistent distress after the event if they were only indirectly exposed to it.

Consistent with COR theory, both social support prior to the trauma and active coping predicted resource gain. This finding confirms the idea that those individuals who have greater resource reserves are more able to engage in actions resulting in further resource gain after a threat to those resources. Active coping is also an important predictor of resource gain. A potential explanation for this is not necessarily that these individuals’ resources weren’t threatened by the trauma. However, these individuals were able to better mobilize their resources and respond adaptively to the threat of loss presented by the trauma.

Hobfoll, S. E. (2001). The influence of culture, com- munity, and the nested-self in the stress process: Advancing conservation of resources theory. Applied Psychology: An International Review, 50, 337– 421.