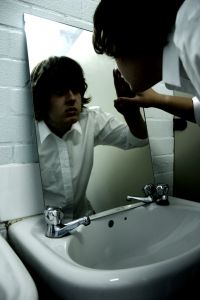 How do we address bullying and victimization of children and adolescents with psychiatric disorders? Should interventions be different than those aimed at bullying/victimization of kids in general? To explore these questions, we may need to review some older studies on the subject, namely that by Kumpulainen, Rasanen, & Puura in 2001. In order to understand the relationship between bullying, psychiatric disorders, and subsequently, the utilization of mental health interventions in addressing bullying and victimization, these researchers carried out a study with students drawn from districts across Finland. The team had noted a myriad of research highlighting high instances of depression and other mental health diagnoses among bullies, victims, and bully-victims (those who both bully and are victims of bullying). As such, Kumpulainen et al. (2001) stressed the importance for mental health clinicians treating children and adolescents to address clients’ presenting problems with a holistic understanding of the bullying dynamic as a far reaching social stressor.

Participants, their parents, and teachers were required to complete a series of questionnaires to assist the researchers in understanding participants’ mental health status. The questionnaires included the Children’s Depression Inventory (CDI) (Kovacs, 1980, 1992), the 31-item Rutter A2 Scale (Rutter et al., 1970), and the 27-item Rutter B2 Scale (Rutter, 1967). In the next phase of the study, a subsample was randomly chosen and participants in this category, along with their parents, were interviewed separately by child psychiatrists or well trained registrars. The interview screened for emotional, behavioral, and general psychiatric disturbances among the children.

Children involved in bullying and victimization were also more likely to have had contact with a mental health clinician both throughout their lifetime and over the course of the last three months. Kumpulainen et al. (2001) hypothesize that children involved in bullying are more often escalated to mental health clinicians because parents are highly concerned and/or irritated by their child’s involvement. If the researchers’ prediction is accurate, children whose mental health concerns are less visible and/or irritating to parents may not as easily be escalated to a professional intervention.

Is it surprising that depression was more common in the bullies and bully-victims than in those victims who do not bully others? Could it mean that more of the “victims-only” had effective coping skills or social support than did the group of their bully peers? On the other hand, it may indicate that depression (or depression on top of other psychiatric conditions) can more easily lead youth to bully others. Did the results of the study present a more holistic understanding of the bullying dynamic?