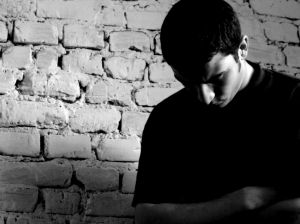 Mindful Meditation as an Option

Mindfulness practices and meditation have been studied as alternative treatment options for substance use disorders (SUD) that carry less stigma and more flexibility than many treatment as usual (TAU) programs. The goal of mindfulness work is less focused on cognitive therapy and changing one’s thoughts and more focused on heightening an individual’s awareness of his/her thoughts, emotions, and sensations without evaluating them or reacting to them. Bowen, Witkiewitz, Dillworth, Chawla, Simpson, Ostafin, Larimer, Blume, Parks, & Marlatt (2006) chose to conduct further research into the efficacy of mindful meditation practices on a specific population where previous, albeit limited, research indicated promising results: incarcerated patients with SUDs.

The specific type of meditation used by the researchers in this study is called Vipassana meditation (VM); previous studies have indicated that VM can be related to “reduced recidivism, depression, anxiety, and hostility” (Bowen et al., 2006; Chandiramano, Verma, & Dhar, 1998; Kumar, 1995; Vora, 1995). Vipassana meditation courses are typically ten days in length and aim to teach non-reactivity to emotions and thoughts. Prolonged practice in not reacting to thoughts/emotions/sensations allows individuals the opportunity to disconnect from psychological stimuli and not perceive them as a reflection of the self (Bowen et al., 2006). Participants are thus encouraged to observe experiences such as a craving as an “impermanent event” and as not requiring any action (Bowen et al., 2006, p. 343).  This realization is critical to empowering individuals to explore alternatives to behaviors that were previously “mindless, compulsive, or impulsive” (Bowen et al., 2006, p. 343).

For the purposes of this investigation, VM was introduced to volunteers incarcerated at a minimum security jail in the Northwest (United States) and its relationship to the reduction of post incarceration substance use was studied. Participants were given a choice between VM and TAU programs (e.g., chemical dependency treatment and SUD education). Various measures were administered to participants at baseline, as well as at 3-month and 6-month follow-ups. The results suggest preliminary support for the efficacy of VM as a treatment option for SUDs in a correctional facility. The researchers note there was a significant relationship between VM and reduced post-incarceration substance use among three substances: alcohol, crack cocaine, and marijuana (Bowen et al., 2006). Additionally, participants reported improved psychosocial functioning and lower levels of psychiatric symptoms after VM (Bowen et al., 2006). These findings are important for the continued improvement of SUD treatment. Bowen et al. (2006) encourage the replication of the study in a randomized controlled trial, the evaluation of VM in non-incarcerated patients, and the exploration of the efficacy of other mindfulness strategies in SUD treatment.

Vora, R. L. (1995). Jail courses and Vipassana (Baroda jail). Presented at an international seminar of the Indian Institute of Technology.