Personality and Neuropsychological Factors in Bullying 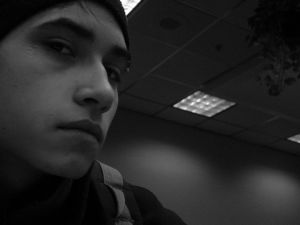 Bullies and the DSM

The current diagnostic manual used to identify and categorize psychological disorders is the DSM-IV-TR (soon to be replaced by a fifth edition). In an attempt to better understand bullying behavior in children and the existence of psychopathology as categorized in this manual, a team of researchers designed a study. Young participants were assessed for the existence of Axis I and Axis II (Personality) disorders, and the researchers (Coolidge, DenBoer, & Segal, 2004) hypothesized that bullies would more often have diagnoses of conduct disorder, attention deficit hyperactivity disorder (ADHD), and/or oppositional defiant disorder (Axis I) than the control group. They also hypothesize certain personality disorders may be more prevalent among populations of bullies but are careful to note that the diagnosis of personality disorders (Axis II) among children is not common or encouraged. It is, however, possible, if the symptoms persist for a year and are pervasive to the child’s life (Coolidge et al., 2004).

Participants identified as bullies were selected from a middle school population of students reported three or more times by teachers and administrators for one or more problem behaviors: name calling, ?ghting, relentless picking on other students, de?ance toward teachers, or getting kicked out of an in-school suspension class. The control group was selected to closely match the bully group in terms of demographical information, but participants were required to have no record of referral to the office over the past school year. Student participants and their parents were not aware of their classifications for the study and their parents were asked to complete and return their respective measures at home or in parent conferences. Parents were asked to complete the Coolidge Personality and Neuropsychological Inventory (CPNI) (Coolidge, 1998; Coolidge, Thede, Stewart, & Segal, 2002), a standardized measure of children’s and adolescents’ psychological functioning. Teachers were then asked to complete Weinhold’s survey of bullying and related behaviors as adapted from the work of Espelage (Espelage, Bosworth, & Simon, 2000).

Results of this study (Coolidge et al., 2004) supported the investigators’ initial hypothesis that child bullies often have pathological diagnoses as co-morbidities to negative problem behaviors. Bullying behavior was found to be more often associated with Axis I disorders such as conduct disorder, oppositional de?ant disorder, ADHD, and depression, but not with anxiety, compared to controls. The portion of the CPNI that screened for depression revealed the most discriminate items (differentiating participants in the bully group from the control group) were sadness, low-self esteem, depression, and feelings of worthlessness. Coolidge et al. (2004) suggest the treatment of the aforementioned emotional deficits may produce positive behavioral changes and alleviate potential root causes of outward aggression.

The Nature of Bullies

Similarly, the researchers generated data supporting the hypothesis that child bullies are more likely to suffer from a spectrum of personality disorder characteristics: passive–aggressive, histrionic, paranoid, and dependent behaviors. According to the investigators, “These results, if replicated, show the deep-seated rejection of rules, institutions, and authority ?gures, and also show that the nature of bullies is to fail to cooperate with authority ?gures” (Coolidge et al., 2004, p. 1566). The implications of the findings are important for intervention and prevention programs and should be explored further by researchers and clinicians alike. Perhaps bullying behavior is more often the outward expression of an inner pathology in children who do not yet know other pathways to manage certain emotional and psychological deficits.