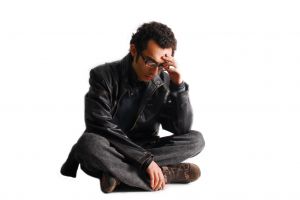 As mentioned in a previous blog entry, Obsessive-Compulsive Disorder (OCD) is a psychiatric disorder characterized by obsessions and/or compulsions that interfere with a person’s life. Obsessions are not simple worries, and they are not just our thoughts that produce distress and anxiety and that change daily. Instead, obsessions are recurring and relentless worries. They involve persistent impulses, ideas, images or thoughts that disrupt and interfere with a person’s thinking, leading to excessive worry and anxiety. Compulsions, on the other hand, are mental acts or repetitive behaviors performed to relieve or prevent the worry and anxiety caused by the obsessions.

Given that OCD has a cognitive component (obsessions) and a behavioral component (actions), Cognitive-Behavior Therapy (CBT) is logically the preferred approach to treat this disorder. Additionally, CBT’s efficacy in treating OCD is supported by scientific research (Mancebo, Eisen, Sibrava, Dyck, & Rasmuseen, 2011). In fact, The American Journal of Psychiatry published a study in 2005 that stated that CBT by Exposure and Response Prevention (EX/RP) is the best available psychotherapy for OCD.

Phase One of EX/RP: Exposure

Concisely, (EX/RP) is a behavioral intervention with two parts: First, the exposure component involves exposing the individual to the feared stimulus. This systematically helps individuals overcome their feelings of fear and dread that occur in their triggering situations. During the exposure phase, their nervous system becomes accustomed to the novel stimulus. The exposure component relies on habituation and extinction, which are both learning processes. Habituation is the natural tendency of our nervous system to “numb out” from repeated, prolonged contact with a particular stimulus. Such habituation will systematically help individuals overcome feelings of fear and dread occurring in triggering situations. Extinction, on the other hand, is what happens when a reinforcer no longer brings about feelings of pleasure or no longer reduces tension or discomfort. By blocking behaviors that reinforce worries and perpetuate them, obsessional worries eventually diminish. Exposure can be done either in vivo (become habituated to feared situations) or through imaginal means (become habituated to one’s own fear-provoking thoughts.)

The second phase of EX/RP involves response prevention. This component prevents the individual from ritualizing after being exposed to a triggering stimulus. In other words, the compulsions will no longer be available to reduce the anxiety and act as a reinforcer. Commonly, EX/RP is accompanied by cognitive interventions, such as cognitive restructuring through which individuals work on exploring and challenging their irrational or maladaptive thoughts that have been associated with their OCD (Hyman & Pedrick, 2005).

Although most data supporting the use of the aforementioned treatment modality for OCD come from randomized controlled trials, the scientific community has researched its effectiveness in diverse settings:

·         CBT in Private Practice: An effectiveness study published in The Journal of Anxiety Disorders (2001) reports that CBT can effectively be delivered in routine clinical private practice, yielding similar results to those found when it is implemented in randomized controlled trials.

·         Group CBT: Jonsson, Hougaard, and Bennedsen (2011) indicate that, while individual CBT may be slightly more effective than group CBT, data from their randomized comparative study suggest that group CBT is an effective treatment for OCD, yielding large and durable outcomes similar to those of individual CBT.

·         Internet-based CBT: In December, 2011, The Journal of Anxiety Disorders published a study that presented preliminary data regarding the efficacy and acceptability of a clinician-guided CBT treatment protocol via the Internet. The data suggest that CBT delivered via the Internet is effective and that acceptability rates by participants are high (81%).

These are just a few of the many scientific studies that have addressed the treatment of OCD with CBT using EX/RP therapy. The scientific community seems to agree on the effectiveness of EX/RP effectiveness. Have you found otherwise?