Neuroplasticity – How FA and OM Meditation Can Change the Brain 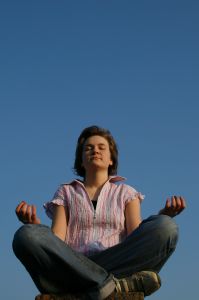 Meditation encompasses a wide variety of practices performed with the ultimate goal of achieving a heightened sense of well-being. Studies have shown that long-term meditation practitioners can actually alter the structure and function of their brains by means of this practice. In particular, Davidson and Lutz (2008) studied the effects that focused attention (FA) and open monitoring attention (OM) had on brains. FA refers to the practice of voluntarily focusing attention on a chosen object in a sustained fashion. OM meditation involves non-reactively observing the content of experience from moment to moment, primarily as a means to recognize the nature of emotional and cognitive patterns.

A keyword for understanding these processes is neuroplasticity, which describes brain changes that occur due to experience. Meditation, like other forms of skill acquisition, can prompt plastic changes in the brain. Specifically, the study carried out by Davidson and Lutz (2008) looked at variations in patterns of brain function, changes in the cortical evoked responses to visual stimuli related to the impact of meditation on attention, and alterations in amplitude and synchrony of high-frequency oscillations that probably play an important role in connectivity among widespread circuitry in the brain.

What the researchers found—first, and in particular—was that FA meditation training diminishes the necessary effort to maintain attentional focus (Davidson, R., & Lutz, A., 2008). It is important to note that this pattern was stronger for long-term practitioners. Interestingly, this pattern seems to be similar to that of any new skill acquisition, such as language acquisition—illustrated by the famous learning curve that is u-shaped.

Further, through brain imaging technology, the amygdalae of expert FA meditators were shown to be less activated than those of novices when presented with emotional sounds. The amygdala of the human brain is part of the limbic system and causes the release of stress hormones prompting, among other things, the “fight-or-flight” response. The finding, therefore, suggested that the advanced levels of concentration commonly seen in expert meditators decrease emotionally reactive behaviors that usually conflict or interfere with the stability of concentration.

OM meditation specifically was found to decrease elaborative stimulus processing (Davidson, R., & Lutz, A., 2008). What might this indicate in terms of our practice of meditation as well as in terms of our daily lives? It means that these individuals (OM meditators) are more effective in attending moment-to-moment to the stream of stimuli present and as a result are less likely to stay stuck on one stimulus. Not only is this observed when engaged in meditation, but also it is suggested to be a long-term effect that is present when not meditating.

The investigators concluded from their results that attention is a trainable skill and FA meditation seems to enhance this possibility. Furthermore, they believe the findings demonstrated that OM meditation can help reduce the “neural noise” we are typically faced with and therefore help us to be more effective in attending to the stream of more important stimuli present.

There are many more ways people feel that the practice of meditation helps them. If you are a practitioner, tell us how it has improved your life or how it helps you on a regular basis, and please mention the kind of meditation in which you engage.