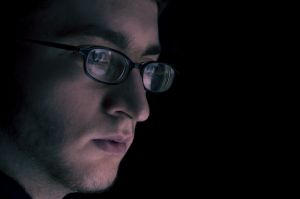 Borderline Personality Disorder (BPD) is characterized by emotion dysregulation, impulsivity, strained interpersonal relationships, and often self-harming thoughts and behaviors. The standard treatment option is Dialectical Behavior Therapy (DBT), a model developed by Linehan (1993) that consists of intensive therapy usually over the course of one-year. DBT consists of weekly individual therapy sessions, weekly skills-based group sessions, telephone consultations when necessary, and weekly treatment team meetings for therapists to troubleshoot issues that arise over the course of each case. The primary focal points of DBT are mindfulness, distress tolerance, emotion regulation, and interpersonal effectiveness. The following discussion focuses on mindfulness and the importance of mindfulness skills in treatment outcomes for patients with a diagnosis of BPD.

A common definition of mindfulness comes from Kabat-Zinn (1990): “Paying attention in a particular way: on purpose, in the present moment, and non-judgmentally” (Perroud, Nicastro, Jermann, & Huguelet, 2012, p. 189; Kabat-Zinn, 1990). Mindfulness is a key skill for patients undergoing DBT, claims Linehan (1993), who proposed the skill would reduce patients’ “attempts to control their private experiences, empower them to deal with emotionally distressing periods and increase individuals’ ability to experience and tolerate the current moment while helping them to avoid becoming over-involved in the experience” (Perroud et al., 2012, p. 190; Linehan, 1993). There are three components to mindfulness training in DBT: Observing, describing, and participating (Perroud et al., 2012). These three components are to be applied “non-judgmentally, one-mindfully, and effectively” (Perroud et al., 2012, p. 189).

Observing, as explained by researchers examining the role of mindfulness skills undergoing DBT, is the “direct perception of experiences, without the addition of concepts or categories” (Perroud et al., 2012, p. 189). Elaborating on other components of DBT, they say that describing “… involves adding a descriptive label to what is observed; [and] participating refers to entering fully and completely into an experience” (Perroud et al., 2012, p. 189). Further, to approach the aforementioned tasks non-judgmentally and one-mindfully means to attend to them without good or bad judgments toward self or others and one task at a time. Effectively practicing these tasks means to give up “being right in favor of doing what works” (Perroud et al., 2012, p. 190). To better understand the impact of mindfulness skills, this group of researchers designed a preliminary study which utilized the four discrete behavioral skills associated with mindfulness in DBT: observing, describing, acting with awareness, and accepting without judgment, as documented on the Kentucky Inventory of Mindfulness Skills (KIMS) scale. Participants in the study were referred by treating clinicians and participated in DBT treatment, with mindfulness modules practiced before the others (emotion regulation, distress tolerance, and interpersonal effectiveness).

The researchers found that DBT was associated with an “increase in mindfulness skills over time.” In addition, the most significant improvements were seen in “accepting without judgment,” correlated with improved BPD symptoms over time (Perroud et al., 2012, p. 194). The investigators stress the importance of continued research, as this study reveals only preliminary results. However, the implications of a more detailed understanding of the criterion within the modules of DBT will only help clinicians develop more precise and effective interventions and ultimately improve treatment and outcomes.