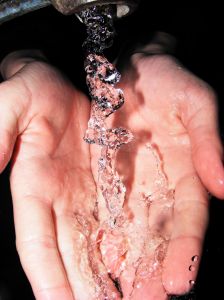 Mental contamination refers to a “phenomenon whereby people experience feelings of contamination from a non-physical contaminant” (Warnock-Parkes, Salkovskis, & Rachman, 2012, p. 383). A good many patients with obsessive-compulsive disorder (OCD) report this symptom. OCD affects between 1%-2.5% of the population, with contamination concerns and the related compulsion to wash excessively in a reported 38-50% of people diagnosed with the disorder (Torres et al., 2006; Rachman & Hodgson, 1980; Foa et al., 1995; Foa et al., 1998). Recently, a team of researchers shared valuable insights about the treatment of mental contamination with a single case study of a 40 year old male, by the alias of David, suffering from severe obsessions of mental contamination that resulted in a 20 year period of unemployment and restricted living (Warnock-Parkes et al., 2012).

In David’s case, feelings of contamination were induced by thinking about the government, brown envelopes, and his ex-wife. David’s history revealed that symptoms first started after a traumatic divorce with his ex-wife, an action taken after David found out his wife had cheated on him several times. He was taken to court for custody of their children and delivered frequent official government mail (in brown envelopes) including devastating materials such as divorce papers. David’s reports of feeling contaminated and “like rubbish” merely by thinking about the government or his ex-wife make much more sense within the context of his personal narrative.

Two different courses of action were attempted by Warnock-Parkes et al. (2012) during David’s treatment: high quality cognitive behavioral therapy (CBT) and cognitive therapy focused on mental contamination (CTMC). Before treatment, he was administered several assessment scales to measure OCD symptoms, anxiety and depression, work and social adjustment, and level on contamination subscale. First, David attended six sessions of high-quality CBT with a well regarded therapist, after which point he disengaged and reported not to have found the treatment helpful. David was then referred on to option two, CTMC, consisting of 13 sessions of treatment focused on seven key steps (Warnock-Parkes et al., 2012, p. 388):

2.      Psychoeducation and socialization to the mental contamination model

3.      Motivation to change and goal setting

The result of CTMC for the treatment of David’s mental contamination concerns eliminated David’s reported excessive washing due to contamination obsessions. David also reported improved familial relationships and ability to tolerate mail/brown packages into his home. He was able to use local facilities that otherwise would have greatly concerned him for contamination, like government centers.

This case study is believed by the research team to accomplish several things. Chiefly, it accurately illustrates Rachman’s proposals about the necessity of addressing mental contamination by targeting the underlying and historical issues through a series of specifically tailored cognitive interventions such as imagery re-scripting (Warnock-Parkes et al., 2012). These interventions aim, over time, to affect how a patient appraises historical memories and current activators, or how he/she evaluates people or events that trigger said memories and activate the instinct to re-live emotional traumas. The researchers hope a more targeted treatment for those suffering from mental contamination will yield significant symptom reduction, greatly benefitting the large percentage of patients with OCD who currently drop out of treatment relatively early with little to no improvement.

Warnock-Parkes, E., Salkovskis, P., Rachman, J. (2012). When the problem is beneath the surface in OCD: The cognitive treatment of a case of pure mental contamination. Behavioral and Cognitive Psychotherapy, 40, 383-399.