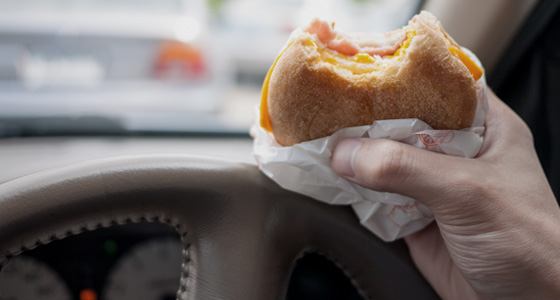 Obesity in the United States

During a time in which nightly news reports and daily restaurant menu adjustments remind us of the rise in obesity throughout the United States, it seems to be no secret that a great many people consume significantly more food than necessary. The drive to seek out more well-balanced meals, fewer processed food products, and an overall more healthful diet has come to pervade the discourse of both the media and the general public. However, despite this ever-increasing consciousness, the prevalence of eating and exercise habits that are harmful to overall health has continued to be a challenge.

Reasons for Increase in Childhood Obesity

Childhood obesity studies have attributed the causes of this trend to larger meals and decreased physical activity. Adult studies conducted in the U.S. and England, however, as well as a recent meta-analysis of a wide range of research on the topic, have produced evidence indicating that distractions during the meals themselves might also contribute substantially to overeating habits.

In a study published in The American Journal of Clinical Nutrition, researchers randomly selected participants and provided them identical meals. Half the participants were instructed to play a computer game while eating, however, and the other half were simply to eat their lunches without distractions. Those in the first group, upon evaluation several hours later, were significantly hungrier and more inclined to snack than were those in the second group. Not only did the “distracted” group eat a great deal more of a snack offered later, but they also had notably weaker memories regarding what they had eaten for lunch (only two to three hours earlier). Researchers have postulated–and have found empirical evidence supporting their hypothesis–that this hazy memory of what had been eaten previously became a marked contributor to overeating later in the day (Oldham-Cooper, Hardman, Nicoll, Rogers, & Brunstrom, 2011). These results have implications for more situations than playing a computer game while eating lunch. Examples: watching television, texting, talking on the phone, or doing homework while eating dinner; driving a car or reading the newspaper while snacking; working at your desk while having lunch. Multi-tasking can get us into trouble in multiple ways.

Although there is an abundance of data supporting wholesome, nutritious diets and regular exercise, it seems that what a person does (or doesn’t do) while eating is actually of great importance as well. If distraction causes weakened memory of our meals (and snacks) and, in turn, a greater tendency to eat more again throughout the remainder of the day, perhaps simply avoiding such distraction can be of great help to those who are trying to shed a few pounds – or simply trying to maintain their current weight. Despite the tendency to barrel through the day, multi-tasking along the way, we might now have a simple behavioral technique to help us bolster healthier eating habits with minimal effort. Who knew that a meal without distractions could be so beneficial?