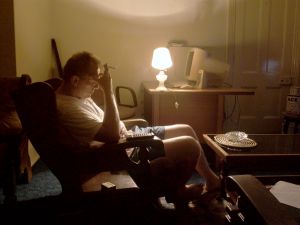 Over the past few years, there has been a debate around the relationship between Vitamin D levels and depression. Studies suggest that low Vitamin D levels are already accepted as risk factors for several medical problems, such as autoimmune diseases, heart and vascular disease, infectious diseases, osteoporosis, obesity, diabetes, certain cancers, Alzheimer’s, Parkinson’s, multiple sclerosis (MS), and general cognitive decline. However, the question remains of whether or not Vitamin D levels are linked to depressive symptoms and, if so, what exactly the relationship is.

UT Southwestern Medical Center, in partnership with Cooper Center Longitudinal Study, has been conducting ongoing research on this topic. In this longitudinal research study, researchers examined results from late 2006 to late 2010 of approximately 12,600 participants. They found that higher Vitamin D levels were associated with lower risk of current depression (mainly in people with prior history of depression).

The Nature of the Relationship

Moreover, while results from this research support the idea that there is in fact a relationship between Vitamin D levels and depressive symptoms, the exact direction of that relationship is still unclear. However, there is evidence that Vitamin D levels may affect neurotransmitters, inflammatory markers, and other factors, which could help explain how the vitamin is related to depression.