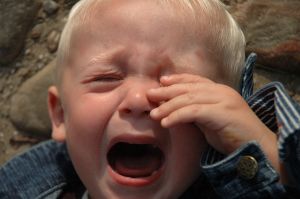 The notable and negative effects of bullying have been well researched and documented among children and adolescents; yet Kirves & Sajaniemi (2012) note a gap in research related to bullying in early educational settings. It is known that bullying throughout childhood and adolescence can lead to depression, anxiety, low self-esteem, and difficulty in relationships well into adulthood. The researchers highlight the onset of bullying in early educational settings through a study conducted in Finnish kindergarten classes in an attempt to identify and combat bullying behaviors at their inception.  Early detection and intervention of early childhood bullying can improve a child’s adjustment to full-time school, future mental health and the quality of peer relationships. Therefore, Kirves & Sajaniemi (2012) encourage childhood mental heath prevention and intervention programs to target bullying behaviors as early as possible.

To define bullying in early childhood settings, Kirves & Sajaniemi (2012) first reference a commonly used definition for school bullying introduced by Olweus (1973): “A person is being bullied or victimized when he or she is exposed, repeatedly and over time, to negative actions on the part of one or more other persons” (p. 384). The researchers argue that Olweus’ (1973) definition for bullying among school age children can carry over into early childhood settings, such as preschool and daycare, with certain primary considerations understood.

First, aggressive behavior can be common during early childhood; therefore a young child’s behavior should be considered bullying only when it is more frequently aggressive than others (p. 285). Additionally, Kirves & Sajaniemi (2012) highlight “level of awareness” as a historical pre-requisite to categorizing behavior as bullying (p. 385). Among young children, however, frequency and duration of aggressive behaviors are arguably more indicative of bullying than the intention behind said behaviors (p. 385).

Gathering data can be more challenging among young children, than in later school years.  Kirves & Sajaniemi (2012) cite research by Alsaker (1993) and Monks et al (2003) that indicates children in kindergarten can identify bullies in a group, but have more difficulty identifying the targets of bullying. Furthermore, data show that young children more often equate bullies with overt acts of physical aggression (direct bullying) than with indirect bullying behaviors such as exclusion. It is, therefore, suggested that data be obtained through preschool teachers, daycare providers, or from direct observation.

Kirves & Sajaniemi (2012) obtained data both quantitatively and qualitatively. Quantitative data was obtained through a questionnaire given to all staff members working with kindergartens in the city of Vantaa, Finland and reflect 89% of children aged four to six in kindergartens participating in the study. Interviews with children, parents, and staff accounted for the qualitative portion of analysis.

The Bullies and the Bullied – Who They Are

The results of this study demonstrate that “7.1% of day care children bullied other children, while 3.3% were bullied by others and 2.2% were bully-victims,” indicating, “a total of 12.6% of the children in the study were directly involved in bullying” (p. 389). The data also show that immigrant children and children with special needs were more often the victims of bullying than their peers. Gender differences among bullies also emerged, showing that boys, at 64.3% were more often bullies than girls at 35.7%; boys were also shown to more often become bully-victims at 62.5% than girls at 37.3% (p. 390).

Interestingly, though most young children equate physical aggression with bullying, the survey results reflect it as the least common type of bullying among participants. According to survey results, “the most common form of bulling was psychological bullying,” such as exclusion (p. 393). “The second most common form of bullying turned out to be different kinds of verbal bullying (8.18%), including name-calling, pointing, and laughing; physical bullying was less common (7.45%)” (p. 393).

In Finland, every school is required by law to have an action plan designed to protect its students from bullying and peer harassment. Unfortunately, no legislation exists to include and hold accountable early educational settings. Kirves & Sajaniemi’s (2012) study highlights the importance of early intervention and encourages preventative programs to direct increased attention to a critical young population.

Alsaker, F. (1993). Isolation and maltreatment by peers in kindergarten: how to measure these phenomena and what are their consequences? Enfance, 47, 241-260.