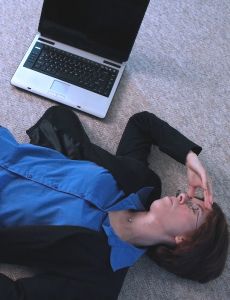 Distress tolerance, or “the perceived or behaviorally demonstrated capacity to withstand emotional or physical distress” can be a life-long skill to practice. For some individuals, such as those with a diagnosis of borderline personality disorder (BPD), this skill can prove more challenging to master than others (Anestis, Lavendar, Marshall-Berenz, Gratz, Tull, & Joiner, 2012, p. 594). BPD is characterized by strained interpersonal relationships, emotion dysregulation, impulsivity, and often self-harming behaviors and/or ideation. The standard treatment of BPD is Dialectical Behavior Therapy (DBT). created by Marcia Linehan (1993). First and foremost, DBT targets self-harm and prioritizes symptoms to target in the order in which they threaten life or quality of life. It is an intensive treatment consisting of a year-long commitment to weekly individual treatment, weekly group skills-based sessions, telephone consultations as necessary, and team meetings for clinicians to troubleshoot treatment issues.

The Need to Reduce Negative Emotions

DBT has four inter-related treatment modules: Mindfulness, emotion regulation, distress tolerance, and interpersonal effectiveness training. Individuals with BPD often have exaggerated responses to negative external stimuli, resulting in intense affective distress. Recent research has found that “an individual’s response to intense affective distress may be as important as affect intensity per se in predicting BPD traits” (Bornovalova, Matusiewicz, & Rojas, 2011, p. 745). The researchers highlight further that it may be “interpreted as lower tolerance of emotional arousal, rather than greater affect intensity, among individuals with BPD” (p. 745). For lack of healthy coping skills to manage intense negative affect, individuals with BPD often resort to self-harm and/or other self-defeating behaviors in an attempt to manage or reduce negative emotions. Thus, the importance of a module focused on distress tolerance, or “one’s willingness and ability to persist in a positive behavior or to refrain from engagement in maladaptive behaviors during periods of emotional or physical distress,” is imperative to improvement in global functioning for an individual diagnosed with BPD (Bornovalova et al., 2011, p. 745).

Acceptance of Situations that Cannot Be Changed

Distress tolerance training is reported as attempting “… to equip clients with a range of specific methods aimed at improving the client’s capacity to tolerate aversive situations, feelings, or thoughts; to survive crisis; and to radically accept that which cannot be changed” (Choudhary & Thapa, 2012, p. 49). An example of an intervention aimed at improving distress tolerance may be exposure therapy or systematic desensitization, during which clients are deliberately exposed to aversive situations that trigger negative emotional arousal and are encouraged to either (1) practice emotional de-escalation by trying new coping strategies or (2) practice mindful, non-judgmental experience of negative emotions—all of which should bolster tolerance and confidence in one’s ability to accept and/or endure negative emotions through repeat exposure. Distress tolerance is approached through a multi-faceted treatment strategy comprised of cognitive restructuring, disputation of irrational belief systems, behavioral goal setting, practice with exposure to negative stimuli, and mindfulness and acceptance exercises. As such, it is a critical component of DBT and imperative in the effective treatment for several mental health disorders, including BPD.