Impact of Bullying and Peer Victimization on Adolescent Girls with ADHD 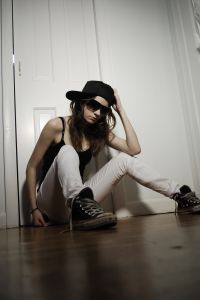 ADHD Not Just for Boys

Sciberras, Ohan, and Anderson (2011) reveal evidence that adolescent girls with Attention Deficit/Hyperactivity Disorder (ADD/ADHD) are at an increased risk for strained social relationships and victimization by bullies. Gender specific research about the social impairments and relational effects of ADHD is relatively scarce, due to the historical misconception that ADHD primarily affects males. However, what little research exists reveals that girls with ADHD have fewer friends, higher levels of aggression, and more relational difficulties than their peers without ADHD.

Therefore, the researchers stress the importance of examining the behaviors and social interactions, with particular attention paid to gender expectations and the construct of femininity, among girls diagnosed with ADHD.

ADHD is characterized by three main criteria: inattention, hyperactivity, and impulsivity; each of these characteristics can translate into behaviors that significantly impair an individual’s ability to relate positively with others. For example, a child with ADHD may be more “aggressive, talkative, and rule violating,” and thereby irritate or annoy peers.

Sciberras et al. (2011) draw attention to a discrepancy in the social acceptability of such behaviors between genders, and note, “girls who are more overtly aggressive are more likely to be rejected by their peers” (p. 255). Additionally, the investigators point out the emphasis of higher levels of peer attachment in female friendships; thus behaviors with the potential to interrupt this attachment can have more severe relational consequences for females than for their male counterparts.

In their 2011 study, Sciberras et al. examine the prevalence of bullying, both overt and relational, as well as victimization, in adolescent girls with and without ADHD. Sciberras at al. (2011) also seek to better understand the relationships among bullying, ADHD, and a potential co-morbidity of Oppositional Defiant Disorder (ODD). ODD is characterized by highly aggressive and defiant behaviors.

To obtain data, several measurement tools were used in a sample of nearly equal numbers of adolescent girls with ADHD (and their primary caregivers) and adolescent girls without ADHD (and their primary caregivers). Parent-reported ADHD and ODD symptoms were recorded for the girls, using the ADHD IV Rating Scale and the Oppositional Defiant Disorder Rating Scale. Both parents and their adolescents filled out the Social Experience Questionnaire and the Children’s Social Behavior Scale to assess for peer victimization and bullying behavior. Participants were then screened for cognitive ability and general social problems.

Both the self and the parent reports of adolescent girls with ADHD reveal higher incidents of social problems and more overt and relational victimization than the reports on adolescents without ADHD. Findings also demonstrate that adolescent girls with ADHD more often engage in overt and relational bullying than those without ADHD. Sciberras et al. (2011) carefully note that, although these findings are meaningful and consistent with emerging data, the results are not statistically significant and require further scientific inquiry for substantiation. Further, they point out that ODD symptoms are more strongly predictive of overt and relational bullying than are ADHD symptoms. Conversely, peer victimization is more closely linked to ADHD symptoms than to ODD symptoms.

The findings of this study are critical for mental health practitioners treating adolescent girls with ADHD and a wide range of existing co-morbidities. Impaired social functioning in childhood is often perpetuated into adolescence and adulthood, creating or exacerbating further clinical concerns. Clinical interventions should screen for and target underlying relational difficulties and social impairment to improve mental health outcomes in female adolescents diagnosed with ADHD. Further, Sciberras et al. (2011) note that developmental models suggest girls rely more on satisfactory peer relationships to cope with life’s difficulties than do their male counterparts. Thus, girls with ADHD, who may struggle to build and maintain such relationships, are at a potential disadvantage that is clinically significant and, to this date, largely ignored.