How Early Attachments Relate to Peer Bullying and Victimization 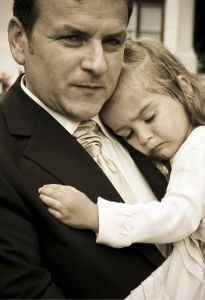 How do childhood attachments relate to or affect later participation in the bullying dynamic? Two researchers recently examined this relationship (Williams & Kennedy, 2012) with the hypothesis that a child’s early attachment style to both parents could greatly impact a child’s future relational behaviors. The foundation of Attachment theory is based on the notion that all infants attach to their primary caregivers in one of three fashions: Secure, insecure-ambivalent, or insecure-avoidant (Ainsworth, 1979). Secure attachments are formed when parents are attentive to their infant’s needs in a loving and caring manner. Insecure-ambivalent attachments can occur when parents do not consistently tend to their infant’s needs, causing confusion in the infant. When caregivers are angry or rejecting with their infants, an avoidant attachment may occur as the infant seeks to avoid the anxiety produced by caregiver. These patterns have been found to impact and predict future behavior such as “problem solving, academic performance, and social competence with peers” (Stams, Juffer, & van IJzendoorn, 2002; Thompson, 2000). Williams & Kennedy (2012) hypothesize that, if attachment patterns are predictive of the behaviors above, perhaps they are also predictive of a child’s susceptibility to bullying or victimization.

The main findings of the study (Williams & Kennedy, 2012) are as follows: “Female participants were more likely to report engaging in physical aggression when they scored higher on measures of attachment avoidance (insecure-avoidant) to their mothers and higher on measures of attachment anxiety (insecure-ambivalent) to their fathers” (p. 330). Additionally, females were more likely to engage in relational bullying and/or experience peer victimization when they experienced an insecure-ambivalent relationship with their mother. Males were shown to participate more in relational bullying when they experienced attachment anxiety toward their fathers.

Need for More Research on this Topic

Thus, the hypothesis posed by Williams & Kennedy (2012) that attachment styles can be predictive of an individual’s involvement in the bullying dynamic was supported by the data. The researchers call for more research to address these findings, potentially among younger participants, as one of the identified limitations of this study was the advanced age of participants and the need to recall childhood events.

Yeung, R., & Leadbeater, B. (2009). Adults make a difference: The protective effects of parent and teacher emotional support on emotional and behavioral problems of peer-victimized adolescents. Journal of Community Psychology,