How Behavioral Characteristics of ADHD are Related to Bullying and Victimization 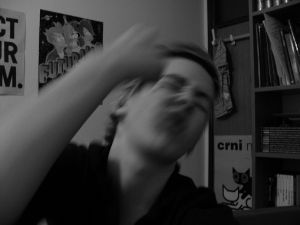 Prevalence of ADHD in Bullies and Victims

In an attempt to better understand the connection between the widespread phenomenon of bullying and participants’ mental health, Unnever & Cornell (2003) examined the relationship between bullying, self-control, and Attention Deficit Hyperactivity Disorder (ADHD). The researchers cited previous studies reported by Swedish psychologist Dan Olweus indicating that victims of adolescent bullying more often report depression and low-self esteem into adulthood (Olweus, 1993) and that bullies are more likely than their peers to engage in criminal behaviors as they mature into adulthood (Olweus, 1999). Thus the long-term effects of bullying negatively impact both bullies and their victims. Unnever & Cornell (2003) hypothesized that certain behavioral characteristics, such as those often present in children with an ADHD diagnosis, may make a child more vulnerable to both bullying and peer victimization. They also cite a study conducted in Finland by Kumpulainen, Rasanen, & Puura (2001) that reported ADHD, characterized by inattention, hyperactivity, and impulsivity, was the most prevalent mental disorder diagnosed in both bullies and victims.

Since impulsivity is known to be a psychological correlate of both bullying and ADHD (Olweus, 1993; Barkely, 1998), the investigators decided to examine it (impulsivity) specifically (Unnever & Cornell, 2003). Low self-control is characterized as a construct of impulsivity, thereby making children with an ADHD diagnosis more susceptible to behavioral manifestations that demonstrate inhibited self-control, such as aggression. In an attempt to clarify the relationships existing among bullying, ADHD, and self-control, Unnever and Cornell surveyed a sample of students drawn from six public schools in Roanoke, Virginia. Teachers administered to students in this study an anonymous survey with questions aimed at understanding bullying/victimization, ADHD status, and self-control. An adaptation of Olweus’ Bully/Victim Questionnaire was used, as well as a self-control scale developed by Grasmick, Tittle, Bursik, and Arnekleve (1993).

Likelihood of Bullying and of Being Victimized