Factors that Distinguish OCD from Other Anxiety Disorders in Young People 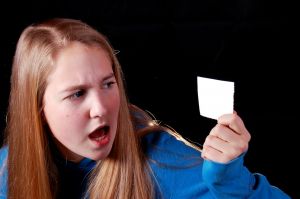 A study was recently conducted to better understand the difference in symptom severity and frequency between youth diagnosed with obsessive-compulsive disorder (OCD) and those with other anxiety disorders (ADs). The researchers hypothesized that youth with OCD would demonstrate poorer functioning across several domains: Emotional functioning, oppositionality, cognitive and attention problems, and levels of impairment (Jacob, Morelen, Suveg, Brown-Jacobsen, & Whiteside, 2012). It is noted that research examining the difference between ADs is limited; therefore, clinicians run a risk of generalizing treatment without due consideration to the specific deficits or impairments presented in each client.

Varying reasons for the aforementioned hypothesis were detailed by Jacob et al. (2012). With regard to externalizing behaviors, children with OCD may be at higher risk for disruptive or oppositional behaviors as a result of their need to complete certain rituals (Riddle, Scahill, King, & Hardin, 1990). Cognitive functioning and capacity for attention are also hypothesized to suffer as a result of symptoms related to OCD. The researchers cited a study by Barrett & Healy (2003) that indicated youth with OCD reported feeling “less cognitive control” than their peers with other AD diagnoses. The reason for this discrepancy could be attributed to the mental energy that rituals and intrusive thoughts consume in a youth with OCD.

The results of the study affirmed the researchers’ hypothesis that youth with OCD suffer greater deficits in functioning than their peers with other AD diagnoses. Consistent with studies indicating youth with OCD use ineffective coping strategies for distressing emotions, the research by Jacob et al. (2012) indicated youth with OCD demonstrated lower levels of emotion regulation. Similarly, youth with OCD also displayed “more oppositional behavior than youth with other ADs” (Jacob et al., 2012, p. 233). These findings highlight the need for further psychoeducation for parents surrounding the symptoms of OCD and better management strategies for defiant or disruptive behavior. Lastly, children with OCD also “demonstrated more cognitive problems/inattention than the non-OCD sample” (Jacob et al., 2012, p. 235).

Need for Greater Insight into Distinctions

The researchers stress the importance of future research distinguishing all ADs from one another in terms of symptomology and of severity of symptoms to “facilitate a more in-depth understanding of their similarities and differences” (p. 235).