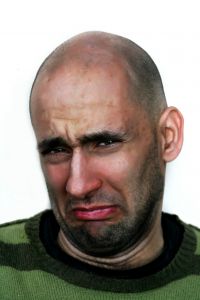 Obsessive-compulsive disorder (OCD) is characterized by obsessions, i.e., intrusive negative thoughts that often produce anxiety. Most people with OCD cope with these thoughts through a series of rituals/behaviors called compulsions (Broderick, Grisham, & Weidemann 2013). There are several different types of OCD. One of the most common types features contamination-based fears and manifests itself as the rigid fear of infection, disease, or pollution from people or objects the individual believes are soiled or dirty (Broderick et al., 2013). Broderick and fellow researchers (2013) highlight recent research that has indicated the contamination-fear related OCD may be distinguishable from other strains of OCD on varying levels, most interestingly to the researchers in abnormalities related to the emotion of disgust (Broderick et al., 2013; Woody & Teachman, 2000).

Role of Disgust in Contamination-Based OCD

Because OCD has typically been characterized as one of anxiety, driven by an “abnormal fear experience” Broderick et al. (2013, p.27) are particularly interested in the role of disgust as it relates to contamination-fear OCD. The researchers note that further research into the particularities of the role of disgust could be critical in improving treatment for contamination-fear OCD. The current standard of treatment for OCD is exposure-based behavioral therapy; however, a significant portion of patients with OCD do not respond well to treatment (Fisher & Wells, 2005). This may be because “self-report findings suggest that disgust is particularly resistant to extinction relative to fear” (Broderick et al., 2013, p. 29; Mason & Richardson, 2010). Thus, it is critical for the advancement of OCD treatment options to further explore the distinctions between standard fear-based OCD and contamination-fear OCD, which is more associated with disgust than with fear.

The investigators designed a study to contribute to this canon of literature by determining the normative disgust experience for both populations with high and low contamination fears and examining how the disgust experience is influenced by exposure (Broderick et al., 2013). This study examined change, both physiological and self-reported, over time and exposure of 12-14 minutes. Participants were drawn from the freshman class at a university in Wales and screened for contamination fears. Those with the highest and lowest reports were invited to participate in the study. Participants were hooked up to ECG machines so heart rate could be measured during the session. Then images from two distinct disgust-related categories, body waste and blood injury, were shown. These pictures were shown over four block sessions.

The results of the study indicated significant differences between the two image types: “Body waste images elicited a stronger self-report of disgust than blood injury; while blood injury images elicited a stronger self-report of fear than [did] body waste” (Broderick et al., 2013, p. 34). The researchers note the implications of this finding for clinicians seeking to elicit either fear or disgust in patients during exposure therapy. They further concluded that body waste images were perhaps more useful stimuli to use with contamination-fear OCD patients because they elicited a greater degree of disgust than fear (Broderick et al., 2013). Also, consistent with the researchers’ initial hypothesis, the participants with high contamination fears experienced greater overall levels of disgust and fear than their counterparts. Thus, elevated disgust response during disgust provocation may be helpful in differentiating contamination-fearing OCD from other types of OCD. Interestingly, a significant difference was not observed with respect to changes in heart rate after exposure. Thus, the researchers concluded it may be the case that “high contamination fears are associated with elevated subjective, but not cardiovascular, disgust response” (Broderick et al., 2013, p. 35). The researchers are careful to highlight that individuals struggling with contamination-based OCD are not without fear; moreover, that the emotional experiences and motivators of fear and disgust are separate and distinct from one another.

Fisher, P., & Wells, A. (2005). How effective are cognitive and behavioral treatments for obsessive-compulsive disorder? A clinical significance analysis. Behavior Research and Therapy, 43(12), 1543-1558.