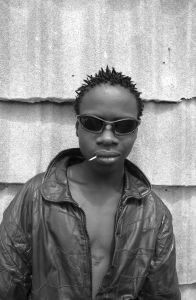 Theories About Origins of Bullying

Bullying is a universal phenomenon, not unique to particular cultures and regions. Developmental psychologists Volk, Camilleri, Dane, & Marini (2012) note this fact and attempt, through research, to counter traditional beliefs that bullying results from maladaptive development. Rather, they postulate that the prevalence and universality of bullying could indicate the opposite: An adaptive and calculated response, on behalf of certain adolescents, to a social environment. Their analysis reveals a seemingly controversial addition to the cannon of research available on bullying, emphasizing potential social and somatic benefits of bullying. Further, the team of researchers prompts clinicians, parents, and program administrators to carefully assess the motivations behind bullying and to tailor their interventions accordingly.

“Growth/health/survival and securing appropriate mating opportunities,” (p. 223).  For the purposes of this review, the former will be examined more thoroughly. The subsequent conclusions are drawn from a series of studies and data including historical records of bullying across global empires, modern data on bullying, and supplemental data on bullying in contemporary hunter-gatherer tribes such as Brazil’s Yanomamo. The investigators are careful to attribute the unveiled adaptive functions of bullying only to what is termed a “pure bully” (a bully who is not also a victim of bullying). Bullying on the part of bully-victims (victims who, in turn, bully others) is believed to serve a more “reactive function and may be a product of dysregulation” (p. 224).

Primarily, Volk et al. (2012) explore the somatic benefits of bullying, noting that, while there is no direct evidence that bullying causes greater or faster physical growth, there is evidence that bullies (particularly male bullies) tend to be “larger and stronger than non-bullies” (p. 224). Hunter-gatherers may account for the most prominent example of somatic benefits, particularly in circumstances of scarcity. The researchers note evidence of this among the Ik, a group of displaced hunter-gatherers, “who experienced extreme resource deprivation, and whose adolescents (and even younger children) were highly involved in bullying over life-and-death physical resources” (p. 224). This sort of bullying can also be seen in the pursuit of professional success, or rather another ticket to more tangible resources, in fields with high lucrative rewards and limited enrollment. Dominance of power and resources is cited to reduce bullies’ stress levels, resulting in better general health outcomes as well.

Bullies Seen as Popular and Powerful

Interestingly, despite previous research indicating high potential for depression among both bullies and victims, Volk et al. (2012) note some positive effects on mental health: Bullying is directly related to “positive mental health traits such as theory of mind ability, cognitive empathy, leadership, social competence, and self-efficacy” (p. 225). These characteristics are typically beneficial for achieving social dominance, which has been found to be positively associated with both bullying and peer/teacher-reported popularity and power (p. 227).

Costs and Benefits of Bullying

Finally, the researchers consider an important question: If bullying is truly a general adaptive behavior, then why are all adolescents not bullies? To address it, Volk et al. (2012) propose that bullying is a facultative adaptation, meaning, “an adaptation that is expressed only under certain environmental circumstances” (p. 231). They further reason that bullying, as with any behavior, comes with costs as well as benefits; certain adolescents may make decisions, in response to a particular environment, that allow for more immediate rewards (i.e., social capital). Another adolescent, under different material and psychological circumstances, may make a different choice.

Based upon these conclusions, Volk et al. (2012) ultimately urge clinicians, teachers, and parents to implement interventions that offer more severe disciplinary consequences to bullying behaviors, thereby upping the “costs” and reducing perceived social rewards. They draw attention to results of a recent meta-analysis indicating the non-significant effects of anti-bully interventions and suggest that interventions can be improved, in their expert opinion, by shifting the focus on bullying behaviors from maladaptive to adaptive reactions.