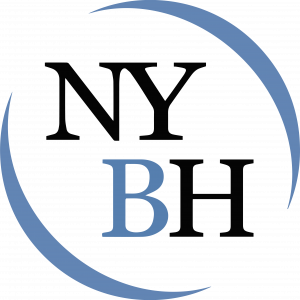 What is Exposure and Response (Ritual) Prevention (ERP)?

Exposure and Response (Ritual) Prevention, referenced in literature as both ERP and EX/RP, is a set of treatment approaches that are frequently used to reduce the pathological fear and related emotions that are common in anxiety-related disorders (Foa & McLean, 2016). The first significant non-pharmacological advance in ERP type treatment occurred in 1966 after Victor Meyer reported that patients’ OCD symptoms improved when they were exposed to feared stimuli (Hezel & Simpson, 2019).

The term was later coined and further developed by Edna Foa and colleagues in the 1970s. ERP therapy is based on prolonged exposure to distressing stimuli to modify patients’ expectations. The practice is guided by evidence-based research supporting the necessity of in vivo exercises (actual exposure to stimuli) and imaginal exercises, combined exposure with response prevention, daily to weekly sessions, and therapist guidance (Ferrando & Selai, 2021).

Exposure entails systematic confrontation with situational triggers and mental stimuli that are objectively safe but that provoke obsessional anxiety; response prevention involves refraining from compulsive rituals (Twohig et al., 2018). At New York Behavioral Health (NYBH), ERP is among the approaches which many of our therapists are trained in for client care.

Exposure and response prevention (ERP) remains the most empirically supported psychological treatment for obsessive compulsive disorder (OCD) (Rector et al., 2018). OCD is characterized by the presence of obsessions and compulsions. Obsessions are intrusive and recurrent thoughts, urges, or images; compulsions are repetitive behaviors that an individual feels driven to perform in response to an obsession (American Psychiatric Association, 2022).

By classification, ERP is a subtype of Cognitive Behavior Therapy (CBT) developed to target symptoms of OCD, PTSD, and phobias. The effectiveness of ERP for OCD has been widely accepted, and research in this field has largely focused on comparing this effectiveness with that of other treatments, examining its components separately and studying the benefits of the different techniques of exposure (Rosa-Alcazar et al., 2008).

Both as a stand-alone treatment, and in combination with other methods, ERP benefits individuals with OCD through symptom reduction (specifically of ritual acts), skills to self-monitor obsessions and compulsions, and a treatment to help mitigate triggers.

Is ERP the Best Treatment for OCD?

Though ERP is a technique within Cognitive Behavioral Therapy (CBT), many studies have investigated the effectiveness of ERP ​​specifically versus general CBT, as well as treatment combinations with Acceptance and Commitment Therapy (ACT), and additional pharmacological treatment. With comparison to CBT, one study found that the procedures of cognitive challenging of intrusive thoughts and prolonged exposure proved comparably effective as treatments for OCD delivered on an individual basis (Whittal et al., 2005).

Another study found that in terms of clinically significant improvement, CBT and ERP treatment groups were equivalent at the conclusion of treatment, but 3 months later significantly more ERP participants met criteria for recovered status (Sochting et al., 2001). In a 2018 trial comparing ERP to ACT, researchers found that ACT plus ERP and ERP alone were both highly effective for OCD with no difference in outcomes (Twohig et al., 2018). Additionally, a placebo-controlled trial of exposure and ritual prevention, clomipramine (a pharmacological treatment for OCD), and their combination in the treatment of OCD was tested.

It was concluded that after 12 weeks of treatment, the effects of all active treatments were superior to the placebo. The effect of exposure and ritual prevention did not differ from that of exposure and ritual prevention plus clomipramine, and both were superior to clomipramine only (Foa et al., 2005). Conclusively, the presence of ERP, whether alone or in combination with other treatments, consistently proves to be the most effective form of treatment for patients with OCD. Our NYBH team will ensure your treatment is in the best interest of your symptoms and your needs.

In another sample, a couple-based treatment program was developed to enhance ERP for individuals with OCD who are in long-term relationships, which also yielded results comparable to individual treatment (Abramowitz et al., 2012). For the youngest of OCD patients, a study was conducted to assess the efficacy of ERP. Amongst children as young as 3 years, developmentally tailored ERP is efficacious and well-tolerated in reducing OCD symptoms.

Key adaptations for younger children include extensive parent involvement and frequent meetings while delivering a full course of ERP (Lewin et al., 2014). A case that looked at the effects of intense versus twice-weekly sessions was conducted in 2003 with outcomes indicating that both programs were effective. The effect of the actual therapy schedule was moderate, with a trend toward more improvement in the intensive group at posttreatment (Abramowitz, Foa, et al., 2003).

Additionally, technology-based innovations to deliver ERP include video conferencing, internet-based treatment, virtual reality, and smartphone apps are in  initial phases of development. Studies to train cognitive control are also at an early stage yet provide preliminary evidence that training neural processes may be a new path to personalize ERP treatment (Patel et al., 2021).

ERP Treatment faces some challenges with certain environments, clinicians, and patients. Within the parameters of practice, how the therapist disseminates ERP treatment is important. Identified pitfalls of clinical care include not encouraging patients to approach the most distressing situations, doing imaginal exposure when in vivo is called for (and vice versa), providing reassurance, failing to address the core fear, and ineffective handling of mental compulsions (Gillihan et al., 2012).

Such challenges in treatment protocol can be avoided with ERP training and appropriate consultation. A study designed to test the impact of symptom dimensions while using ERP for OCD found that ERP was effective for all symptom dimensions, however it was less effective for those presenting with unacceptable/taboo thoughts and/or hoarding tendencies than for other dimensions (Williams et al., 2014).

Though treatment was still found to be effective within these dimensions, particular attention to nuances of treatment should be given to patients with either of these symptom presentations. With consideration to Covid-19, concerns regarding the feasibility of ERP have emerged, especially with varying guidelines on social distancing, future variants, and following other preventative behaviors.

Practitioners providing treatment such as ERP have a challenge to manage in how to deliver care while simultaneously ensuring the safety of their clients during (Sheu et al., 2020). In short, an evidence-based approach to treating contamination fear demands balancing the ethical requirements of providing symptom relief while also recognizing the processes of the context of the client. Clinicians who regularly treat contamination-based OCD must pay special attention to client-specific infection risks (Sheu et al., 2020).

The importance of ethical and cultural considerations must be established for ERP treatment. Many researchers have pointed out the delicate nature of exposure therapy considering clinicians’ ethical responsibility to “do no harm.”

One publication argues that the degree to which ethical issues become problematic in implementing exposure-based treatments is largely dependent upon the therapist’s ability to create an adequately safe and professional context. Specific strategies that may be employed for avoiding potential ethical conflicts in the use of exposure-based treatments must be thoroughly considered before imposing treatment (Olatunji et al., 2009).

In addition, patients who have religious obsessions and compulsions (scrupulosity) introduce concerns not commonly encountered when treating individuals with other types of OCD symptoms (Abramowitz, 2001). Patients with scrupulous obsessions, or other obsessions or compulsions that revolve around spiritual and/or cultural ideologies must be considered prior to conducting treatment.

How To Find Treatment for OCD in NYC

If you or someone you know is affected by OCD and are looking for help, there are plenty of options available in NYC. You can do a simple search within your area, that will point you to several resources to take the next steps towards care. You can also head to the New York Behavioral website, where our therapists are trained in treating clients with OCD.

and response prevention: A case report. Cognitive and Behavioral Practice, 8(1), 79-85.

Ferrando, C., & Selai, C. (2021). A systematic review and meta-analysis on the effectiveness of

exposure  and response prevention therapy in the treatment of obsessive-compulsive

and their combination in the treatment of obsessive-compulsive disorder. The American

disorders and its underlying mechanisms: The case of OCD and PTSD. Annual Review

exposure and response prevention (EX/RP) for OCD. Journal of Obsessive-Compulsive

obsessive-compulsive disorder: A review and new directions. Indian Journal of

prevention therapy for preschool-aged children with obsessive-compulsive disorder: A

the implementation of exposure-based treatments. Cognitive and Behavioral Practice,

therapy to exposure and response prevention for obsessive compulsive disorder

therapy in the group treatment of obsessive-compulsive disorder. Journal of Counseling

Foa, E. B.  (2014). The impact of symptom dimensions on outcome for exposure and

Strategies to Control Anger in NYC