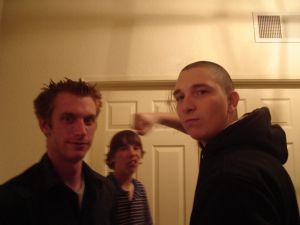 Research indicates children with Attention Deficit Hyperactivity Disorder (ADHD) are at a heightened risk for involvement in bullying with more than 50% experiencing victimization, instigating bullying behaviors, or both. Timmermanis & Wiener (2011) note most available research covers youth ages 13 and under and therefore seek to address the scarcity of research connecting adolescents diagnosed with ADHD to bullying behaviors and peer victimization. Hypothesizing that adolescents with ADHD are more likely to bully and be victimized by peers, the researchers try to highlight a population they believe are vulnerable to chronic bullying. The consequences of bullying are potentially long lasting and severe.  Research indicates that chronic bullying is connected to negative social, emotional and academic outcomes. Some of the consequences, such as low self-esteem or depression, can significantly impact adjustments and relationships well into adulthood. For these reasons, it is critical for clinicians to proactively understand and address clients’ social spheres and relational struggles when treating adolescents with ADHD.

Assessment of Involvement in Bullying

Anxiety, depression, oppositional behaviors, inattention, and hyperactivity have all been identified as potential risk factors for involvement in bullying. Children with ADHD, consequently, may often share several of these traits as the disorder is characterized by inattention, hyperactivity, and impulsivity. These symptoms of ADHD continue into adolescence for 50-80% of children with ADHD, likely accounting for years of relational and academic struggles. To gage adolescents’ involvement in bullying, Timmermanis & Wiener administered three self-reporting tools to participants (with ADHD diagnosis and comparison group), ages 13-18. The tools included: The Safe Schools Questionnaire (SSQ; Pepler, Craig, Charach, & Zeigler, 1993), the Connors Rating Scale (Connors, 2008) and the Social Support Behaviors Scale (SSBS; Vaux, Riedel, & Stewart, 1987).

The results of the research support the hypotheses formulated by Timmermanis & Wiener (2011) that adolescents with ADHD do report higher levels of victimization by peers as well as bullying behaviors on their own part than do their peers without ADHD. Interestingly, adolescents with ADHD appear to have a stronger short-term memory with regard to peer victimization, reporting increased levels of victimization within the 5 days prior to testing versus over a two-month period. Conversely, when asked about bullying behaviors, the opposite was true; that is, adolescents with ADHD were more likely to report their own bullying behaviors over the past two months and less likely to report instances of bullying within the last week prior to testing. Timmermanis & Wiener suggest the latter may be an attempt to downplay the severity of their own negative behavior. Consistent with past research, adolescents with ADHD also had considerably higher levels of parent- and teacher-reported relational difficulties than did their peers.

Need for Relationship and Social Skill-Building

Timmermanis & Wiener urge school psychologists to tailor interventions to the aforementioned relational consequences and address not only outward symptoms of ADHD, but also the emotional and relational symptoms. Adolescents with ADHD may benefit from intervention and prevention programs that include relationship and social skill building components.