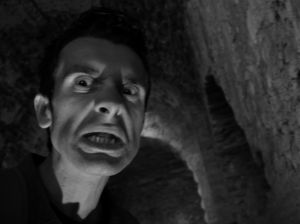 Co-Existence of BPD and PTSD

There is a high co-morbidity that often exists between diagnoses of Borderline Personality Disorder (BPD) and Posttraumatic Stress Disorder (PTSD), with estimates of 30-50% of people diagnosed with BPD also meeting criteria for PTSD (Harned, Rizvi, & Linehan, 2010). BPD is characterized by emotion dysregulation, severely strained interpersonal relationships, and maladaptive behaviors such as suicidal and non-suicidal self-injury (NSSI) as expressions of the extreme inner pain experienced by many with BPD. PTSD can manifest itself in several secondary diagnoses, including disassociation, depression, anxiety, etc. Understandably, the co-existence of these two often debilitating disorders can exacerbate symptoms (i.e., suicidality and NSSI) and affect treatment outcomes, both long- and short-term.

Despite the notable percentages tying these two disorders together, Harned, Korslund, Foa, & Linehan (2012) note that no current treatments exist that target PTSD in patients expressing suicidal ideations or practicing NSSI. Conversely, treatments for BPD often do not target a patient’s concurrent PTSD. Intuitively, suicidal symptoms must be addressed first and foremost during therapy; issues related to PTSD will have to be tackled once suicidal and NSSI behaviors are under control. Dialectical Behavior Therapy (DBT), the accepted treatment for BPD, follows the model of addressing life-threatening behaviors first. It does recommend exposure therapy in treatment of PTSD but does not specify exactly when or how to implement it within the context of DBT’s larger treatment model. Harned et al. (2012) sought to better understand how to integrate Prolonged Exposure (PE) in treatment of PTSD with a standard year-long DBT program. This treatment program consisted of weekly individual therapy sessions, a weekly group skills-based session, telephone consults when necessary, and weekly treatment meetings among clinicians.

The combined program protocol (DBT-PE) was trialed on 13 participants with dual diagnoses of BPD and PTSD and also exhibiting recent or imminent suicidal or NSSI behaviors. Participants were screened prior to treatment and post one year treatment, with the aim to understand whether DBT-PE was: “(1) associated with improvements in PTSD and intentional self-injury as well as secondary outcomes, (2) feasible to implement, (3) acceptable to patients and therapists, (4) safe to administer” (Harned et al., 2012, p. 382). Patients all started in standard DBT treatment; the PE protocol was not introduced until non-suicidal ideations or NSSI behaviors were reported.

High Retention and Remission from PTSD

The results of this study indicated that combined DBT with DBT-PE Protocol treatment was “acceptable and feasible” to implement for the majority of patients. Patients and therapist both reported positive experiences during the trial, and patients reflected a high retention rate, with only a 23% dropout rate (Harned et al., 2012). Also of note, all patients in the study were able to reach a sufficiently high level of stability to start the PE Protocol treatment. That is, 70% of them continued on to complete the full treatment (13 PE sessions) within the year. Impressively, the rates of relapse for NSSI were as low as 10% and the “majority of patients also achieved remission from PTSD at post-treatment” (Harned et al., 2012, p. 385). The implications of this research are preliminary, and more studies need to be completed to refine and further examine the indications for this approach on a high-risk demographic.