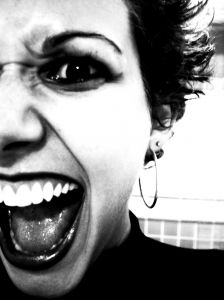 Dialectical Behavioral Therapy (DBT) is a modality of treatment specifically designed for patients struggling with borderline personality disorder (BPD). Standard Dialectical Behavioral Therapy (DBT) is typically a year in length and consists of weekly individual therapy sessions, weekly group skills based sessions, telephone consultations as necessary, and clinical team meetings to troubleshoot treatment issues. The four training modules of DBT are: Interpersonal effectiveness, mindfulness, distress tolerance, and emotion regulation. BPD is characterized by pathological difficulty with interpersonal relationships and interactions, reoccurring self-harming ideation and/or behaviors, impulsivity, a low threshold for tolerating emotional discomfort, and a characteristic inability to regulate emotions. The latter, as a fundamental tenet of DBT, will be the focus of this review.

Emotion dysregulation can include: “affective lability, chronic feeling of emptiness, and intense and undercontrolled anger…pervasive negative emotions, perpetual emotional crisis, inhibition of emotional expression, affective numbing, and phobic responses to experiences of pain and loss” (McMain, Korman, & Dimeff, 2001, p. 183). The dialectical component of DBT is key for treatment; it stresses the importance of finding a balance between opposing forces or tensions as a means of creating change. Most significantly, DBT strives to fundamentally strike a balance between a clinical focus on change and acceptance strategies, according to McMain et al. (2001).

Emotion Dysregulation in Individuals with BPD

These scientists also state that the origin of emotion dysregulation in individuals with BPD is perceived as resulting from “the transaction between biological anomalies and an invalidating environment” (McMain et al., 2001, p. 185). It is often believed that BPD, along with other personality disorders, is ignited by traumatic childhood experiences. The term “invalidating environment” was coined by the founder of DBT, Marsha Linehan (1993), and is described as one that “trivializes, ignores, dismisses, and/or punishes the expression of internal experience by the child” (McMain et al., 2001, p. 186; Linehan, 1993). Invalidating environments often incite doubt in individuals about the validity of their emotional experiences, and as a result a child is not taught to label or regulate emotions (Linehan, 1993). The self-doubt can turn into a need for external cues and validation to control emotional states and often results in the notorious oscillation “between emotional inhibition and extreme emotional states” (McMain et al., 2001, p. 186).

DBT interventions designed to target emotion dysregulation include three steps. “First, the enhancement of emotion regulation involves an ability to be aware of and accept emotional experience” (McMain et al., 2001, p. 186). In this step, patients are taught mindfulness skills, experience intra-therapeutic validation, and are trained in emotion regulation skills. “The second principle involves the ability to regulate emotions by shifting attention away from cues or stimuli associated with problematic affective responses and acting in a manner opposite to strong negative affect” (McMain, 2001, p. 186). During this stage, they practice self-soothing techniques, such as breathing, relaxation, and opposite action behaviors. Finally, emotion modulation “involves changing negative affect through new learning experiences” (McMain, 2001, p. 186). This stage is often practiced through exposure therapy, or exposing an individual to a scenario associated with negative emotions, during which he or she applies new coping techniques in vivo to produce changed emotional reaction. Linehan (1993) details other specific skills that are important for improved emotion regulation, such as learning to accurately “observe, describe, and label emotions,” as well as to identify triggers, factors, and situations that “precede and follow problematic emotional responses” (McMain et al., 2001, p. 189; Linehan, 1993).