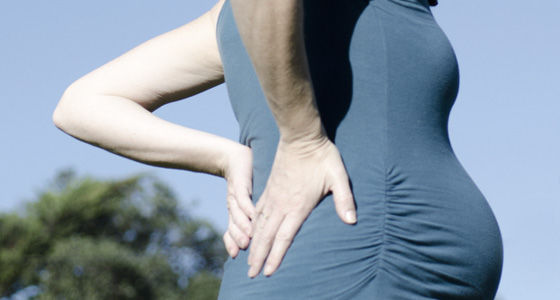 The Impact of Depression

The World Health Organization (2012) reports that mental health disorders are the leading cause of disease burden in women from 15 to 44 years old, the age span in which also most pregnancies occur. In fact, depression alone is the leading cause of disability worldwide, and it affects more women than men. It should not surprise us, then, that 1 in 5 pregnant women experiences mental health problems, especially depression and anxiety (Qiao, Wang, Li, & Wang, 2012).

It has been noticed that a mother’s psychological symptoms during pregnancy have consequences in terms of social, nutritional, and medical behaviors, and this in turn makes us think that there probably are similar consequences for the development of the fetus as well. Ibanez, Charles, Forhan, et al. (2012) describe a number of studies that have found maternal stress during pregnancy to have negative consequences. Some of the findings are that high levels of depression and/or anxiety are associated with:

·         Impact on brain structures that play a role in mental health and can result in a future susceptibility to psychopathology.

·         Higher risk for postpartum depression and associated complications such as mother-infant bonding difficulties as a consequence.

Co-morbidity of anxiety and depression is common in the general population, and, naturally, it is women who fit this criterion that report more of the severe depression and anxiety symptoms that are associated with the aforementioned consequences.

Outcomes Found in the Past

Several scientists interested in this line of research conducted a prospective cohort study in China, with women presenting anxious and depressive symptoms–but not anxiety and depressive disorders (Qiao, Wang, Li, & Wang, 2012). They report that, in the past, depression and anxiety of women during pregnancy have been associated with the following:

·         Increased nausea and vomiting during pregnancy

·         Planned cesarean delivery and/or use of epidural

·         Changes in neonatal wellbeing and behavior

Although they did find depressive and anxiety symptoms with several negative events during pregnancy and delivery, as well as postpartum, these effects seem to be less serious that those found in other studies. They conclude that these symptoms can be associated with the following outcomes:

·         Prolonged pregnancy and no effect on birth weight, which is in contrast to most previous research that suggests prematurity and low birth weight

As it can be evidenced by this abridged summary of some of the thousands of studies on the topic, there is no clear conclusion as to what the exact consequences and impacts of mental health problems associated with depression and anxiety are (on the woman or the baby) or their severity. It is also important to take into account the fact that women who experience depression and anxiety have been known to be more at risk for using nicotine and illicit drugs and are less likely to attend to their prenatal care, all factors of which could be causing or intensifying some of the more serious effects.

What does seem to be a common thread among studies is the fact that mental health status during pregnancy does have an impact some way or the other. Thankfully, there are options to manage this However, with options come questions, such as: What is the best treatment? Should I change the one I am currently on? How will medication affect me and my baby?

The last question brings up a very important and, at present, controversial issue: the use of antidepressants during pregnancy. This topic deserves its own discussion, especially in light of conflicting research results on the matter. For example, a recently published study (that explored the combined results of seven previously completed studies) reported a slight risk of lung disorders for babies of mothers who took SSRIs late in their pregnancy (Grigoriatis, Vonderporten, Mamisashvili, et al., 2014).

What do you think? It is wise for pregnant women to take antidepressant drugs during pregnancy? In which situations, if any, would it be appropriate or even beneficial to do so?

WHO methods and data sources for global burden of disease estimates 2000-2011 (2013, Nov). Department of Health Statistics and Information Systems, WHO, Geneva.