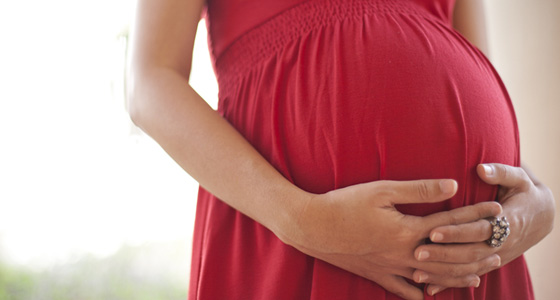 Stress-related mental health issues such as perinatal depression are common and possibly grave complications of pregnancy. Therefore, treatment options have been studied in an attempt to provide the necessary care that would counterbalance these potential risks. However, a common dilemma arises: Is the gold standard of treatment for depression for the general population, which includes medication, applicable to pregnant women? The increasing use of antidepressants by women of reproductive age has made it imperative that we better understand the implications of these agents on the mother-to-be, the pregnancy itself, and the developing fetus.

Dilemma of the Mother-to-be

There have been so many conflicting reports, stories, opinions, and articles of late on the matter of adverse effects of taking antidepressants while pregnant. It is small wonder that, upon learning that she is expecting, a woman who struggles with depression and relies on medication for mood regulation, is confused, anxious, and concerned for her child’s and her own wellbeing. Fortunately (or unfortunately, perhaps) research focused on this issue is in no short supply in the scientific literature over the past few decades. Antidepressants, in fact, are studied in regard to their impact if taken during pregnancy more than any other drug (Einarson, A., 2013). Most recently, researchers have been pooling results of multiple studies and performing meta-analysis for a better understanding of the risks to a baby in utero that many believe or fear accompany a mother’s antidepressant use.

Investigators conclude that, over the last 30 years, the percentage of first-trimester exposure to antidepressants has increased from 1% to 7% (Patil, Kuller, & Rhee, 2011). Interestingly, this has happened, despite the fact that physicians and patients have displayed a tendency to overestimate the teratogenicity of using these medications during pregnancy, relative to the recognized and proven risk. On the one hand, this trend may motivate physicians to be more vigilant when giving out prescriptions. On the other hand, however, it may also lead pregnant patients—or females of child-bearing age—to self-discontinue their pharmacological treatment. Similarly to cases of non-pregnant patients, there is a high risk of relapse when antidepressant medicine is discontinued during pregnancy, which in turn poses its own series of risks. The precursor to this decision (continuation vs. discontinuation) is commonly the worry over the potential impact of the medications on the developing fetus.

Potential Effects of Antidepressants during Pregnancy

In a summary report of findings of previous studies, researchers highlight some of the adverse effects found to be related to the use of antidepressants during pregnancy (Patil, Kuller, & Rhee, 2011):

·         Exposure to SSRIs during the later period of the third trimester may cause newborns to develop symptoms due to a direct toxic effect of the medication or from its discontinuation. These symptoms include: respiratory distress, cyanosis, apnea, seizures, temperature instability, feeding difficulty, vomiting, hypoglycemia, and irritability, among others. However, authors point out that thinning the medication during the last trimester in an informed and supervised manner may be considered as a way of minimizing these risks.

·         Paroxetine, commonly known as Paxil, has been found to be associated with an increased risk of cardiac malformations in the developing fetus.

·         When the woman is breastfeeding and taking an SSRI, it is important for both parents and their pediatrician to monitor whether the infant is showing signs of sedation, nausea, reduced suckling, or other signs of drug toxicity.

·         Similar to SSRIs, exposure to SNRIs in the late phase of the third trimester may cause discontinuation symptoms in newborns such as respiratory distress, cyanosis, apnea, seizures, temperature instability, feeding difficulty, vomiting, hypoglycemia, and irritability, among others.

There are several other classes of antidepressants besides the two shown herein; however, less research has been conducted on the effects they have on the pregnancy and the developing babies. So, are these results sufficient to discourage physicians and patients from using pharmacological treatments for depression during pregnancy? The answer is no, given the conflicting results regarding the safety of antidepressants—some of which report that there is not a strongly increased risk of malformations, preterm births, or low birth weight following prenatal exposure to antidepressants. What is definite is that pharmacological treatment of pregnant women with depression is a special challenge for clinicians, because it implies making a decision that needs to satisfy a very critical two-pronged objective: to provide the necessary care for the pregnant woman while not harming the fetus (Nordeng, van Gelder, Spigset, et al., 2012).

Although SSRIs represent the class of drugs usually receiving criticism and being put under the microscope, a recent study indicated that the risk of autism for children of mothers who took these antidepressants during their pregnancies was minimal (Sørensen, Grønborg, Christensen, et al., 2013). Another analysis found that, while SSRIs taken late in pregnancy increased chances of lung problems in the baby, the association was reflected only for the late stages of pregnancy. Use of SSRIs earlier in the pregnancy was not linked to increased risk of pulmonary conditions in the babies (Grigoriadis, S., VonderPorten, E. H., Mamisashvili, L., et al., 2014). In fact, despite all the conflicting evidence, overall, there does not seem to be a clinically significant increased risk of adverse effects on the child that should prevent a woman who does need antidepressant medication from taking it during her pregnancy (Einarson, A., 2013). However, physicians should continue to prescribe these medications with caution to pregnant patients and to other female patients who might become pregnant.

When having to make the decision regarding the type of treatment for a pregnant woman with depression, it is important that there be collaboration among the OB-GYN, psychiatrist, counselor, and patient. In this way, an informed decision can be made after weighing the evidence and doing a cost-benefit analysis of the options. The important thing is to know that there are options, and having the right team of health care professionals is likely to lead to the best outcomes.