DBT for Suicidal Risk in Adolescents 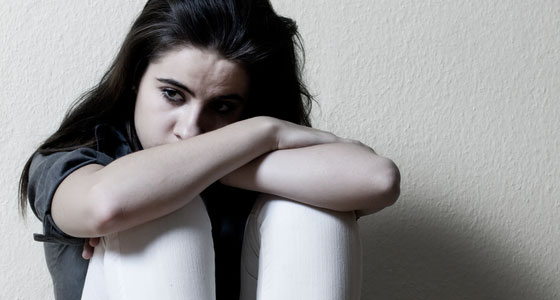 Suicidal behavioral is a significant health concern for adolescents. It is the third leading cause of death preceded only by accidents and cancer for ages 10-14, and accidents and homicide for ages 15-19 (Martin et al., 2008). Almost 15% of high school students have seriously considered attempting suicide, 11% had an actual plan to commit suicide, and 7% made one or more suicide attempts (Eaton et al., 2008). Suicide attempts are defined as performing self-injurious behaviors with some intention to die and they can have very serious consequences. Suicide attempts are more prevalent than completed suicides and are associated with a significantly higher risk of successful suicides later in adolescence (Lewinsohn, Rhode, & Seeley, 1994). Research also shows that self-injurious behaviors in adolescence are also linked to future suicide attempts (Asarnow et al., 2011). Therefore, this high-risk population needs effective suicide prevention strategies. Even though there is a pressing need for effective treatment strategies, there is a surprising lack of options when it comes to evidence-based treatment plans.

According to the biosocial theory, the primary contributing factor to suicidal and self-harm behaviors is difficulty regulating emotions (aka emotion dysregulation). Emotion dysregulation is thought to be the result of a biological predisposition to emotional vulnerability in a child and an invalidating home environment (Linehan, 1993). Emotional vulnerability refers to heightened sensitivity to experiencing emotion, increased emotional intensity, and slow return to baseline levels. An invalidating environment is one where the child’s communication of emotions is met with responses from parents or caregivers that are dismissive, trivializing, inconsistent or inappropriate. As a result of these factors, a child does not learn how to label and manage their own emotions (Linehan, 1993). As the child gets older, suicidal and self-injurious behavior becomes a coping strategy to manage severe emotion dysregulation. DBT can be particularly helpful for reducing emotion dysregulation and therefore suicidal behavior by teaching more adaptive coping skills.

Emotion regulation is defined as, “the ability of an individual to control, modify, change, and manage emotional reaction and expression to achieve one’s goals and effectively manage social, interpersonal relationships” (Cole, Martin, & Dennis, 2004). Emotion regulation skills are acquired by children though their interaction with caregivers. As infants, children lack internal resources for emotion regulation and therefore rely completely on the parent to regulate their emotional distress (Calkins & Hill, 2007). Caregivers help infants reduce distress by soothing them through rocking, singing, calm tone of voice, touching or distracting. This is how infants learn that their emotional distress can be attended to and ameliorated effectively. As infants become toddlers, they learn more verbal methods of regulating emotions such as self-distraction (playing with toys, singing to self), self-soothing statements (“It’s ok”) or behaviors (thumb-sucking, hugging, stuffed animal) and seeking comfort from caregivers by discussing feelings (Kopp, 2003). In adolescence, youth utilize mostly cognitive techniques to control their emotions, however, there are a few developmental and environmental factors that interfere with effective emotion regulation. Adolescents tend to experience higher levels of peer pressure and motivation to fit in, increased emotional arousability, and novelty seeking. At the same time, the adolescent brain is not completely developed yet and self-regulatory competence is not fully functioning during this emotionally vulnerable period (Galvan et al., 2006).

As mentioned before, according to the biosocial theory (Linehan, 1993), suicidal adolescents have fewer skills to help them regulate emotions than others their age, which makes them similar to younger children in this regard. In order for them to become better at managing their emotions, they need to learn a range of skills they haven’t acquired during their development.

In a DBT program, clients attend weekly individual therapy sessions as well as weekly skills groups. Often phone coaching between sessions is also available and utilized. In case of suicidal adolescents, the individual therapist’s job is to analyze each self-injurious or suicidal behavior and determine which coping skills would be most beneficial in preventing the behavior from occurring in the future. This therapist also works with the parents and the family to ensure that they are not reinforcing the adolescent’s problem behaviors and that there is a reward system in place to reinforce positive behaviors (Miller et al., 2007). Skills groups are specifically designed to teach adolescents and their families a range of coping skills in a classroom-type format. Treating adolescents provides the unique opportunity for the therapist to help change the invalidating environment that has partly created the skills deficits and emotional dysregulation in the first place. Therefore emotion regulation skills are most effectively taught in a setting with both child and parents present.

The DBT program designed for adolescents has 4 main modules (Linehan, 1993). Mindfulness skills are used to teach clients to not judge their emotions in terms of good or bad, right or wrong, but just become aware of them without evaluating them or impulsively acting upon them. The interpersonal effectiveness module focuses mainly on skills to help cope with interpersonal problems and communicate needs to others. Distress tolerance skills help adolescents tolerate intense negative emotions without engaging in self-harming behaviors and can include distraction or self-soothing. In the emotion regulation module, youth learn ways they can decrease their emotional vulnerability in the long-run by engaging in more behaviors that elicit positive affect (e.g. scheduling pleasant activities) and reducing behaviors that elicit negative affect (e.g. facing fears). A unique element of DBT for adolescents is called the Middle Path module. In this module children learn how to understand other’s perspectives, find middle ground in a disagreement, and receive validation for their emotions and behaviors from caregivers (Miller et al., 2007).

Parents of suicidal adolescents seem to benefit greatly from learning to identify their own and their children’s emotions and learning about psychopathology. This helps parents understand that not every problematic behavior stems from defiance or willfulness but from mental health problems (Kennard et al., 2009). Parents also learn that children are doing the best they can and increase their ability to validate children’s emotional experiences (Linehan ,1993).

Family interventions aim to increase positive interactions and communication in a family so that children can share more information with the parents and parents can better identify risk factors for suicidal behavior and ensure the child’s safety (Klaus, Mobilio, & Kind, 2009). A specific technique is “Walking the Middle Path”, in which adolescents and their parents learn how to maintain a positive relationship through listening to each other’s point of view, avoiding extreme words, recognizing that different viewpoints can be true, and establishing middle path solutions that honor both parties’ needs (Miller et al., 2007).