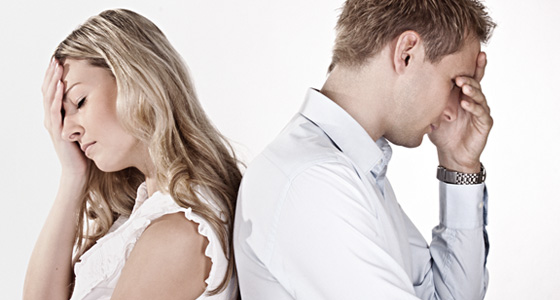 College students make up a population at high risk for increased stress and resulting anxiety and depression. A group of researchers interested in studying treatment options for this population decided to extend their curiosity to college couples (Rogers, Hertlein, Rogers, & Cross, 2012). They therefore designed and conducted a study examining the significance of cognitive behavioral therapy (CBT) techniques, combined with behavioral-relaxation techniques, on reducing reported stress and psychological well-being of college student couples.) The purpose of the study was to “evaluate a three-session intervention using CBT-based guided visualizations with respect to indicators of perceived stress and dyadic, physical, and psychological distress in college student couples population living a ‘high stress’ lifestyle” (Rogers et al., 2012, p. 107).

Eleven volunteer couples, self reported as “high stress,” completed surveys one week before the intervention and again afterward. The instruments used in the study were the following: Perceived Stress Scale (PSS; Cohen, Kamarck, & Mermelstein, 1983), Marital Satisfaction Inventory (MSI; Snyder, 2004), the symptom checklist 90 (SCL-90-R; Derogatis, 1994), Sense of Coherence Scale (SOC; Antonovsky, 1993), the Differentiation of Self Inventory (DSI-R; Skowron & Schmitt, 1998). The intervention consisted of three sessions of guided visualization on a CD delivered through headphones. The visualizations were designed to promote psychological health and relaxation through the use of CBT-based relaxation approaches, such as progressive muscle relaxation, deep breathing, and cognitive restructuring. Participants were also asked to visualize a peaceful and safe environment at the beginning of the recording, before specific techniques were administered.

Effectiveness of CBT and Relaxation

The results of this study suggest that CBT and CBT-based relaxation techniques are highly effective in reducing stress levels and general physical and psychological distress (Rogers et al., 2012).  Interestingly, the researchers note that, after only three sessions, participants reported scores indicative of more intensive and longer interventions. The investigators suggest, however, that this finding may have been due to the fact that the participants are considered a non-clinical population, and only self-reported as “highly stressed” (Rogers et al., 2012).  Nevertheless, further research could provide better information surrounding treatment options and early interventions in college student populations, a demographic that can be at high risk for the development of mental health concerns.