Cognition and Mindfulness in Athletic and Sports Competition 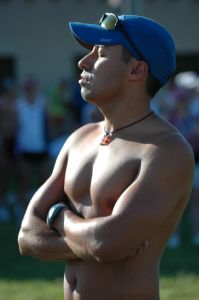 After watching athletes from all over the world perform in the 2012 Summer Olympics, many can’t help but wonder how they do it. Not only do we marvel at how these athletes jump, run, or swim so fast, but also how they stay focused and perform under stressful circumstances–when so much is at stake. What are they thinking minutes before they start the competition? Why do some make it and not others? After all, they have all received the necessary training. Take the amazing Gabby Douglas, for example. The day she competed for the gold medal, she excelled in every step she took. At the next event, however, when competing for the gold medal on the beam, she wasn’t able to match or even come close to her previous performance. Is it luck, or is it related to where her mind was at that particular moment? Recently, an interesting article was published, providing insight into the relationship between thinking and action on exceptional performance states – such as flow and choking – in athletes (Moran, 2012).

The author’s insights of these two phenomena commonly seen in athletic performance are eye-opening and thought-provoking. The first phenomenon, flow, is described as that state of mind desired, but not easily attained, by all athletes. It is characterized by four key factors. First, it entails being present or centered, a fusion of thought and action, an attentional state in which there is no difference between thought and action. The sprinter Michael Johnson has explained that, during races, he concentrates on the tangible: on the track, on the blocks, and on what he must do. Second, flow is characterized by the absence of thoughts and/or by low levels of self-reported control of action. A good example of this is Michael Phelps’ report that, when he is in the water, he is not thinking; he blocks everything out. Third, many athletes characterize this experience as transcendental and effortless. Pele, one of Brazil’s greatest in soccer history, has conveyed feelings of euphoria at certain times during matches, of feeling as if he could run forever without tiring and that nothing could hurt him in that moment. Fourth, it is usually accompanied by enhanced skill performance. Overall, this phenomenon seems to represent an athlete’s migration from a conscious to an unconscious mode of control over their actions. Or, like the Zen koan would suggest, “in order to gain procedural control, one has to give up conscious control.”

Choking refers to when an athlete’s expected expert level of performance suddenly and abruptly deteriorates in situations of perceived pressure. Athletes that choke often report that the more deliberately they try to excel, the worse their performance becomes. Also, athletes report that when they become too self-conscious and think too much about the mechanisms of their skills, they often choke. Choking has been associated with reinvestment theory (Masters & Maxwell, 2008), which proposes that, when athletes start to feel anxious, they try to make sure they succeed at doing their task by reverting to a mode of conscious control that relies on explicit rules and commonly yields slow and effortful movements. The theory suggests that performance breakdown is the result of “reinvesting” verbal knowledge of task requirement in an effort to consciously control movement.

These are hypotheses about what is going through the minds of these incredible athletes when they excel or fall short. From what has been described, does it appear that training in mindfulness and meditation would benefit athletes who compete at a high level? What about all levels of sports and even performances other than sports? Do you think these hypotheses might hold true in those situations? Have you ever experienced the phenomenon of flow during any type of performance? If you have ever experienced choking during an athletic or any other kind of performance, to what would you attribute it, looking back on the event now? What has helped you or anyone you know to reach the state called flow when performing?

Moran, A. (2012). Thinking in action: Some insights from cognitive sport psychology. Thinking Skills and Creativity, 7, 85-92. 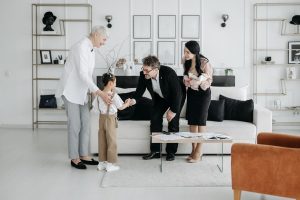 How to Help a Child with Anxiety & When to Seek Therapy 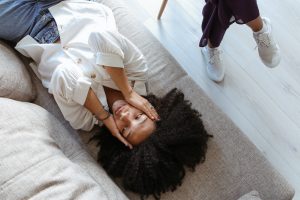 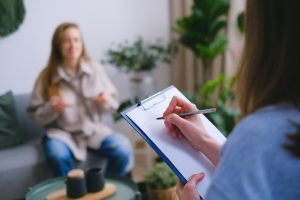