Changes Regarding Autism in the New DSM 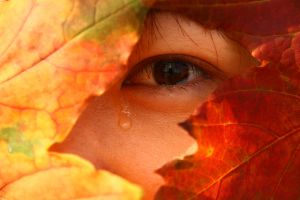 The Diagnostic and Statistical Manual of Mental Disorders is about to see its first major revision in 17 years according to articles in the New York Times and Business Week magazine. The American Psychiatric Association is completing work on the 5th edition of the DSM and, based on recent information retrieved from articles and experts, what we knew or how we defined autism up to this point will be altered significantly.

Studies at Yale University are looking into the effects this new publication may potentially have. The remaining question is “where to draw the line between unusual and abnormal.” According to the article in the New York Times, at least one million children and adults currently have a diagnosis of autism or related disorder such as Asperger Syndrome or “pervasive developmental disorder, not otherwise specified” (PDD-NOS).

Qualifying for Diagnosis of Autism

The New York Times article explains that, while now a person qualifies for the diagnosis by exhibiting 6 or more of 12 specified behaviors, the proposed new definition will require the person to exhibit 3 deficits in social interaction and communication and at least 2 repetitive behaviors, ultimately making it less likely for someone to receive a diagnosis of autism.

What Impact Will Changes Have and Whom Will They Affect?

The debate is “just how many people would the proposed diagnosis affect?”  While on one hand this will definitely have an impact on the “autism surge,” the important question is how this will affect children/families who might lose certain benefits/services due to this disability. Some argue that the change is aimed to target mainly the higher functioning individuals. Others argue that, while “the proposed diagnosis may bring needed clarity, the effect it would have on services is not yet clear.”