Bullying and Victimization in ADHD and Asperger Syndrome Populations 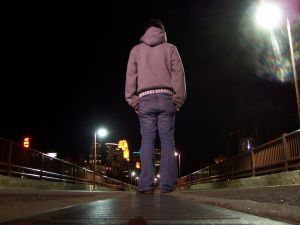 Vulnerability of ADHD and AS Populations

A recent study highlights youth with Attention Deficit Hyperactivity Disorder (ADHD) and Asperger Syndrome (AS) as populations particularly vulnerable to peer victimization (Kowalski & Fedina, 2011). Both disorders result in behavioral reactions that may alienate peers and thereby increase an individual’s likelihood to be targeted by bullies. The researchers note that children with ADHD can be impulsive, defiant, and aggressive, whereas children with AS often lack the awareness to read social cues and are easily agitated by external stimuli. Prior research indicates that children with ADHD are more likely to report instances of peer victimization than their classmates without ADHD. The same is true for children with Asperger Syndrome. Kowalski & Fedina endeavor to illumine a highly aggressive and emerging form of bullying and its prevalence among vulnerable populations: cyber bullying.

Kowalski & Fedina hypothesize that, while children with ADHD and Asperger Syndrome are more susceptible to traditional bullying, they are also at an increased risk for cyber bullying. The Internet can often be an enticing platform of social interaction for children who lack certain social skills. Children with ADHD and AS who are utilizing the Internet for this purpose may, sadly, increase the risk of peer victimization. Further, Kowalski & Fedina hypothesize that there is a disconnect between children’s online activities and parents’ knowledge of these activities. The lack of supervision heightens victims’ vulnerability and allows bullying to continue unchecked.

Participants in the aforementioned study by Kowalski & Fedina (2011) were recruited from a summer camp specifically for children with an ADHD or AS diagnosis. Participants were asked to complete an Electronic Bullying Questionnaire (Kowalski & Limber, 2007) to assess for both victimization and bullying behaviors. Participants were also asked to fill out a written survey with questions about Internet use and supervision. A questionnaire developed by Fekkes, Pijpers, & Verloove-VanHorick (2004) was utilized to assess participants’ physiological reactions to victimization, in particular, anxiety, sleep problems, headache, fatigue, poor appetite, skin problems, and bed-wetting. The 10-item Rosenberg Self Esteem Inventory (1965), as well as the Beck Depression Scale (BDI-Y) and Beck Youth Anxiety Scale (BAI-Y)—both introduced in 2005–were also administered to participants. Finally, parents were afforded the opportunity to complete a specially designed survey via Survey Monkey to assess knowledge of their children’s online activity as well as their perceptions about their child’s involvement in cyber bullying.

ADHD and AS Increase Risk for Bullying

The results yielded by this research (Kowalski & Fedina, 2011) support the hypothesis that youth with ADHD and Asperger Syndrome are at an increased risk for both traditional and cyber bullying. Kowalski & Fedina note: “Just over 57% of the respondents indicated that they had been traditionally bullied within the past two months, with 19% of these being bullied several times a week. Over 21 percent (21.4%) indicated that they had been victims of cyber bullying within the past two months, the majority of these (9.5%) experiencing cyber bullying once or twice” (p. 5). Parents, though more in tune with instances of traditional bullying, appear relatively uninformed about cyber bullying, with 73% indicating their child has never been the victim of cyber bullying. Incidentally, instant messaging and social networking sites were two of the most frequent platforms for cyber bullying behavior.

Cyber bullying continues to gain momentum as a method for systematically victimizing others and poses unique challenges unmatched in traditional bullying efforts. Researchers, clinicians, parents, and all stakeholders in a child’s life must be aware of the prevalence, severity, and emotional consequences present with this phenomenon. Similarly, interventions should aim considerable attention toward youth who by nature are more vulnerable to victimization. Efforts must also be made to interrupt cyber bullies’ behaviors and increase behavioral consequences.