Alcohol Use Disorder in Women 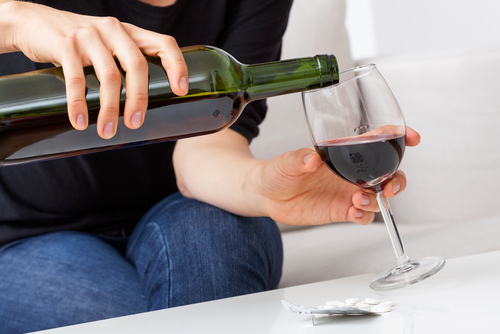 Alcohol Use Disorder in Women

Alcohol use disorders (AUD – alcohol abuse and dependence) are major public health and safety problems. In the US, AUD is more prevalent among men (24.6% abuse, 17.4% dependence) than women (11.5% abuse, 8% dependence) (Keyes, Grant, & Hasin, 2008). However, in the last 70 years, the male to female ratio has decreased from 7:1 to 2:1 for alcohol dependence (Keyes et al., 2008). For both men and women alcohol use typically begins in adolescence, peaks in early adulthood and then declines to more moderate levels into adulthood (Chassin, Flora, & King, 2004). AUD follows a similar development patters across genders. We know from previous research that for men the risks and consequences associated with alcohol use disorders depends largely on the age of onset and the course of the alcohol problem (Leggio et al., 2009). More specifically, adolescent onset and the persistence of AUD past young adulthood in men, has been linked to more severe alcohol dependence, multiple substance use, antisocial behavior and psychosocial impairment (Hicks, Iacono, & McGue, 2010).

Unfortunately, due to an underrepresentation of women in alcohol use disorder research, we know much less about the risk factors and consequences of AUD for women (Nolen-Hoeksema, 2004). Women tend to have higher rates of abstinence (Cotto et al., 2010), more desistance from alcohol use (Wilsnack, Wilsnack, Kristjanson, Voletanz-Holm, & Gmel, 2009), and lower levels of alcohol consumption (Wilsnack et al., 2009). Even though women experience heavy drinking and alcohol problems less frequently than men, they are affected by more severe biopsychosocial consequences both in the short- (Stockwell et al., 2002) and long-term (Brown & Tapert, 2004). For instance, women tend to progress faster from onset of alcohol use to dependence to treatment than men (Diehl et al., 2007). They also suffer from higher rates of co-morbid disorders than men with AUD (Dawson, Goldstein, Moss, Li, & Grant, 2010), which results in greater impairment in their functioning. This may indicate that AUD is a more severe form of psychopathology for women than for men.

Of all risk factors affecting the development of an alcohol use disorder, behavioral disinhibition appears to be the key for severe AUD in men (Iacono, Malone, & McGue, 2008). Behavioral disinhibition refers to an inability to restrict socially unacceptable/undesirable behavior (Iacono et al., 2008). Research suggests that disinhibited children are more likely to develop alcohol and substance use problems in adolescence (Wong et al., 2006), and they strain the family system and exhibit dysfunctional behavior in school and social contexts (Granic & Patterson, 2006). They also tend to join deviant peer networks and get initiated into alcohol and drug use (Snyder, Dishion, & Patterson, 1986). They continue using alcohol and drugs because it is a reinforced through their biological reward system and social environment, which can lead to early onset substance use disorders. In fact, the combination of an adolescent onset and persistent course of AUD is associated with the greatest risk at age 17 and the worst outcomes at age 29 including multiple substance use, psychiatric problems and poor psychosocial adjustment (Hicks et al., 2010).

The current study used 674 female twin participants as part of the Minnesota Twin and Family Study to try to understand AUD in women better. Participants began the study at age 17 and had follow-up assessments every 3-5 years until age 29.

Only a small percentage of the women reached diagnostic threshold for adolescent onset for alcohol use (7.4%) and persistent course (6.4%). Of these women, 65% desisted by age 29. However, women with the adolescent onset of AUD experienced substantial psychosocial impairment in adolescence, and those whose use persisted also had continued problems in adulthood. Interestingly, behavioral disinhibition in adolescence was not a consistent predictor of AUD in women. Women whose alcohol use disorder started in adolescence experienced more substance use and dependence by age 17, as well as mental health problems, antisocial behavior and deviant peer affiliations. Persistent AUD was associated with higher levels of heavy drinking, nicotine dependence, antisocial behavior, and major depression at age 29. It was also related to more antisocial peers, a larger number of sex partners, and heavier drinking in current romantic partner relative to the women who stopped drinking by age 29. Nevertheless, women who engage in significant alcohol use during adolescence to early adulthood develop a long-lasting vulnerability to alcohol and substance use even after their AUD symptoms disappear.

There are some gender-specific risks associated with AUD in women, most notably bulimia and binge eating disorder. These eating disorders are often co-morbid with AUD, which suggest that they have a common underlying risk factor, potentially behavioral disinhibition (Rosval et al., 2006).

Another important finding of the study is that women have a higher rate of desistence prior to age 29 than men. It seems that certain gender-specific motivational factors such as romantic relationships and parenthood could be behind this phenomenon. Women with persistent AUD were less likely to be married or have children, they were more likely to be divorced or separated and in a romantic relationship with a partner with high levels of substance/alcohol use. Establishing a stable family unit and childbearing could be crucial factors in the remission of AUD symptoms in young women.

Alcohol Use Disorder in Women References

Chassin, L., Flora, D. B., & King, K. M. (2004). Trajectories of alcohol and drug use and dependence from adolescence to adulthood: The effects of familial alcoholism and personality. Journal of Abnormal Psychology, 113, 483–498.

Dawson, D. A., Goldstein, R. B., Moss, H. B., Li, T., & Grant, B. F. (2010). Gender differences in the relationship of internalizing and externalizing psychopathology to alcohol dependence: Likelihood, expression and course. Drug and Alcohol Dependence, 112, 9 –17