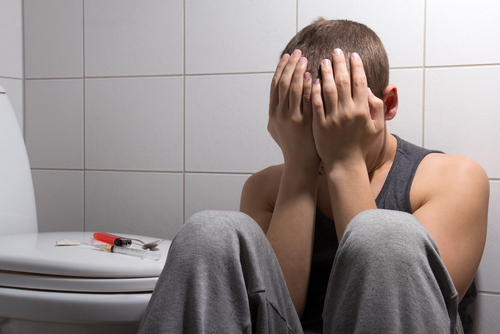 Adolescence is a critical developmental period that is often associated with behavioral risk-taking and substance use. The prevalence of substance use increases significantly from early to late adolescence and peaks during the transition to adulthood (SAMHSA, 2011). Alcohol use rates increase from 29% to 65% between 8th grade and 12th grade, and similarly illicit drug use increases from 16% to 38% (Johnston, O’Malley, Bachman, & Schulenberg, 2010). 36% of 8th graders and 71% of high school seniors have consumed alcohol, and 21% of 8th graders and 48% of 12th graders have tried illicit drugs (Johnston et al., 2010). Even though substance use is frequently considered a part of normal development in adolescence, it also represents a vulnerable time period for adolescents to develop more serious substance use disorders (Rutherford, Mayers, & Potenza, 2010). In fact, 8% of adolescents ages 12-17 and 21% of those ages 18-25 meet the diagnostic criteria for a substance use disorder (SAMHSA, 2011). Unfortunately, early initiation into substance use increases the likelihood of developing a substance use disorder and is associated with negative health, social, and behavioral outcomes including neurodevelopmental problems (Newcomb & Locke, 2005).

Adolescence is the time when dynamic brain changes lead to more efficient and advanced cognitive processing (Bava & Tapert, 2010). This process, also known as pruning, takes place at varying times across brain regions (Wilke, Krageloh-Mann, & Holland, 2007). Even though this process of brain development is linked to cognitive and behavioral enhancements, these improvements do not occur simultaneously or in a linear fashion. This is why adolescents have a propensity to engage in impulsive, risk-taking behaviors (Somerville, Jones, & Casey, 2010). For instance, the parts of the brain involved in motivation and reward develop earlier than the parts responsible for executive functioning or top-down control. This results in heightened sensitivity to motivational cues and immediate rewards in adolescence, as well as increased likelihood of taking behavioral risks and substance use (Casey & Jones, 2010).

Substance Use Treatment for Adolescents

Historically, adolescents have been treated the same way as adults for substance use issues. However, more current treatments take into account the role of neurodevelopment in therapy outcomes. Specifically, adolescents show lower intentions and readiness to change substance use behaviors (Ramo, Prochaska, & Myers, 2010), which could be related to adolescents being referred to treatment by external pressure (family, school, court) (SAMHSA, 2010). Also, adolescents usually have shorter duration of use and lower prevalence of dependence than adults (Deas, Riggs, Langenbucher, Goldman, & Brown, 2000). Moreover, adolescents often present to treatment with co-occurring mental health problems (Waldron & Turner, 2008).

Cognitive-Behavioral Therapy (CBT) for substance use is a psychotherapy approach that focuses on functional analysis to identify substance use patterns, including the antecedents and consequences of use; and skills training to recognize thoughts, feelings, situations that place individuals at risk for substance use, to avoid these situations and to cope with these situations by using cognitive and behavioral strategies (Carroll, 1998). Treatment also focuses on psychoeducation, coping with cravings, increasing motivation and commitment to abstain from substance use, social skills, and problem-solving (Carroll, 1998).

Mindfulness-based approaches have also become a popular intervention for the treatment of substance use disorders. These therapies emphasize the importance of maintaining attention on one’s immediate experience and learning to accept the experience (Brewer et al., 2011). Mindfulness-based treatments focus on psychoeducation, bringing awareness to triggers and cravings, practicing mindfulness in life and high-risk situations, acceptance and skillful action, seeing thoughts as thoughts, and self-care and balance (Bowen et al., 2011).

Even though there are many similarities between the two approaches, they differ in their attentional focus. CBT encourages avoidance of triggers (Carroll & Onken, 2005), while mindfulness encourages tolerance of cues and craving (Brewer et al., 2011). Both have been associated with reductions in adolescent substance use (Dennis et al., 2004).

From a brain development point of view, CBT strategies appear to help substance users by increasing prefrontal activity and inhibitory control and by decreasing limbic activity (DeVito et al., 2012). When it comes to adolescents, however, there are some neurodevelopmental issues to consider. For example, adolescents may have a difficult time with increasing inhibitory control considering that the prefrontal brain regions needed to adequate inhibitory control may not be fully developed yet. With this in mind, adolescents may require additional sessions of CBT or adjust treatment to enhance cognitive functioning to overcome the lag in development.

Mindfulness approaches, on the other hand, appear to improve attention and change beliefs about use through a “bottom-up” subcortically based mechanism. Because the limbic circuitry develops early on, mindfulness may be an ideal way of targeting affective dysregulation and stress that is characteristic of adolescence.

Overall, adolescents certainly have the cognitive capacity to engage in and benefit from substance use treatments and interventions. Depending on their age and brain development, however, some adolescents may require additional adjunctive therapies to stay sober. A period of abstinence may be required before engaging in treatment due to the effects of substance use on cognition (Hanson et al., 2010). Gender differences are another factor to consider. Even though males have a higher rate of substance use in general (Grella, 2008), females are more likely to experience negative consequences from using (Broome, Hurley & Taber, 2010). Heavy drinking during adolescence also seems to alter females’ cognitive functioning and brain activity more than males (Squeglia et al., 2011). Together, these factors highlight the importance of personalized treatments for adolescent substance users.

Casey, B. J., & Jones, R. M. (2010). Neurobiology of the adolescent brain and behavior: Implications for substance use disorders. Journal of the American Academy of Child & Adolescent Psychiatry, 49, 1189–1201.

Broome, M. V., Hurley, R. A., & Taber, K. H. (2010). Substance use disorders: Do males and females have differential vulnerability? The Journal of Neuropsychiatry and Clinical Neurosciences, 22, 248.