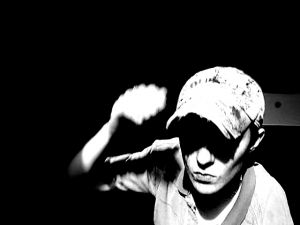 Siyahhan et al. conducted a study among Turkish youth, ranging in age from 12-14, in an attempt to understand the relationship between hopelessness and bullying/victimization. Hopelessness, the cognitive component of depression, is characterized by an individual’s perception of a lack of control concerning future event outcomes, most often resulting in negative feelings surrounding an event, the future, and oneself. Hopelessness is an essential component of depression as it has been identified as a cognitive vulnerability that most often precludes suicide and suicidal ideation. Siyahhan’s et al. study reports significant findings relating an individual’s role in the bully/victim relationship and his/her reported hopelessness and suggests important implications for future interventions and preventative programs.  Study participants were asked to fill out two questionnaires, the Beck Hopelessness Scale and the Olweus Bully/Victim Questionnaire. The results of the aforementioned questionnaires were then tallied, assessed for variations in SES (Socioeconomic Status) outcomes and reported.

Circuitous Relationship between Bullying and Victimization

Siyahhan et al. were careful to highlight that both victims of bullying and bullies themselves report significant levels of depression and anxiety. Their study suggested that neither bullying nor victimization alone has a significant effect of hopelessness, but that the two combined have a significant impact on hopelessness. The most at-risk population for hopelessness and potential suicide, therefore, is the bully-victim. A bully-victim is an individual who is bullied and, in turn, bullies. Siyahhan et al. proposed the circuitous relationship between the two experiences and an inability to see an alternative to the repetition as potential contributors to said hopelessness.  Interventions and prevention programs should, therefore, be aimed at influencing bully-victims’, victims’, and bullies’ perception of personal agency and the options available to halt and reverse the vicious cycle of abuse.

Social Support and Type of Bullying

Verbal bullying was reported by 47% of the Turkish students as most prevalent in bullying behavior and when being bullied. Instances of physical bullying were most infrequent. Social support, identified as an important coping mechanism for victims, was most often only proactively offered by teachers during instances of physical abuse and thus targeted only the most infrequent and obvious displays. This identified gap must be addressed within Turkish schools for more effective interventions and preventative measures. Gender differences, as well as culturally specific practices surrounding the perception of teasing/bullying must also be considered when designing an intervention.