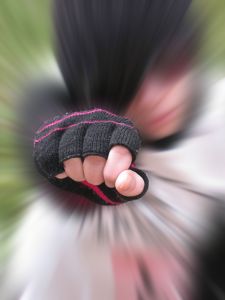 Taylor et al. (2010) endeavor to better understand the connection between bullying and school age youth with a diagnosis of Attention Deficit Hyperactivity Disorder (ADHD) to support the hypothesis that they are particularly vulnerable to both bullying and victimization. The urgency for targeted intervention and prevention programs is stressed by Taylor et al., with an estimate of between 5%-9% of school age children meeting the diagnostic criteria for ADHD (p. 60). ADHD, characterized by impulsivity, inattention, a low frustration tolerance and hyperactivity can often result in behaviors incongruent with social norms such as aggression, rule breaking, and more. Peers may ostracize children with a diagnosis of ADHD, as a result of these behaviors. Youth with ADHD are also hypothesized to bully more frequently than their peers, and often become bully-victims. A bully-victim is an individual who is bullied and in turn, bullies. Research consistently demonstrates that bully-victims are among the highest risk for externalizing negative behaviors and poor mental health outcomes. Taylor et al. (2010) also hypothesize that children with ADHD who engage in bullying in any capacity (as a bully, a victim, or both) are also at a higher risk of developing more severe emotional and behavioral problems as a consequence.

Description of Sample and Instrumentation

The study carried out by Taylor et al. (2010) was a retrospective analysis of data provided by families participating in an Institutional Review Board (IRB) protocol at primary care and specialty pediatric clinics.  Participants included children with a verifiable ADHD diagnosis only, a verifiable ADHD diagnosis with comorbidities (e.g., depression, anxiety), and children with no mental health diagnoses.   Participants and their parents were asked to self-report using W. M. Reynolds’ (2003) Bully-Victimization Scale (BVS) questionnaire, designed to assess for bullying and victimization, the CBCL-Parent Report (Achenbach & Rescorla, 2001), and Kovacs’ (1992) brief Children’s Depression Inventory (CDI) to assess participants for depression.

Bullying Prevention and Treatment Plans Critical for Children with ADHD

The results of this research support the hypothesis that youth with ADHD may be at a higher risk for victimization by bullies. Subsequently, when bullying does occur within this vulnerable population, higher levels of internalized and externalized difficulties are reported. Essentially, for children already struggling with emotional and behavioral regulation, bullying can increase and exacerbate said difficulties and result in further interpersonal and educational difficulties. It is essential for parents, teachers, administrators, and clinicians to understand and address bullying and its consequences on youth diagnosed with ADHD and take a proactive approach to its prevention and treatment. Children with ADHD may benefit from programs tailored to specifically address pre-existing tendencies and which offer guided alternative solutions to negative behaviors.